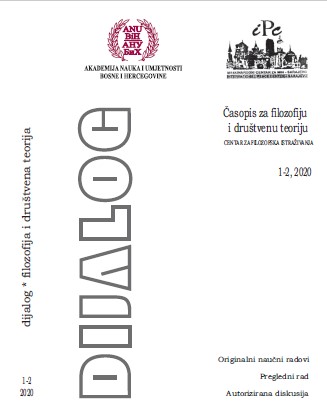 25. godišnjica Dejtonskog mirovnog sporazuma: dosezi i problemi u izgradnji mira i funkcionalne države Bosne i Hercegovine
25-th anniversary of Dayton Peace Agreement: reaches and problems in peacebuilding and functioning of Bosnia and Herzegovina

Summary/Abstract: The Dayton Peace Agreement was the result of a compromise, which was its greatest weakness. Instead of being the result of a careful and studious concerted effort to find the right solutions for the lasting peace in the region, for the West the Dayton Peace Agreement was just another in a series of efforts to find an instrument that can achieve the declared political goals. Holbrooke considered the agreement, which had been imposed by himself on the warring parties, to be generally satisfactory, because it stopped the war and established a unified state, reflecting the primary objectives of the United States in Bosnia and Herzegovina. That however, in his opinion, does not meant that the Dayton Peace Agreement is perfect, acknowledging some weaknesses in it. For some time, certain voices from Bosnia and Herzegovina and the international representatives are calling for a modification of the provisions of the Dayton Peace Agreement. Some appeal to the convening of the Dayton II, in order to correct deficiencies of the original plan, which could be clearly seen due to its inefficient implementation. The division of the country into two territorial entities is a fundamental weakness of the Dayton Peace Agreement since it prevents the proper functioning of Bosnia and Herzegovina. The international community has insisted that the two entities strictly implement the Dayton Peace Agreement, but did not know how to fulfill the provisions of Annex 7 of the General Framework Agreement related to the return of refugees, the most important question for the future demographic picture of BiH society. The solution provided by the US diplomats in Dayton is mainly pragmatic one and reflects the balance of military power in the region. In Dayton, the basic rule of international law which stipulates that the international community does not accept the violent conquest and annexation of the territory of another state has been fully respected; this represents the main value of the peace agreement. Confirming the international legal norm of uti possidetis iuris, the signatories of the Dayton Accords have confirmed that norm as the fundament on which the international order has been built on.