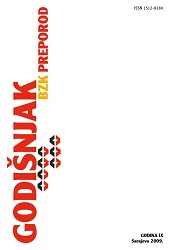 Summary/Abstract: On the occasion of the proclamation of the BiH Constitution in 1910 and preparations for opening of Parliament, the Emperor Franz Joseph I in the period from 30 May to 4 July visited Bosnia and Herzegovina, coming along the enthusiastic welcome of the BiH citizens at every step. Rendering loyalty to the Monarchy and the Emperor, particularly important role had the religious dignitaries, while they bow to the Emperor, emphasized their expectations in their speeches that their religion would remain protected, expecting happier future.