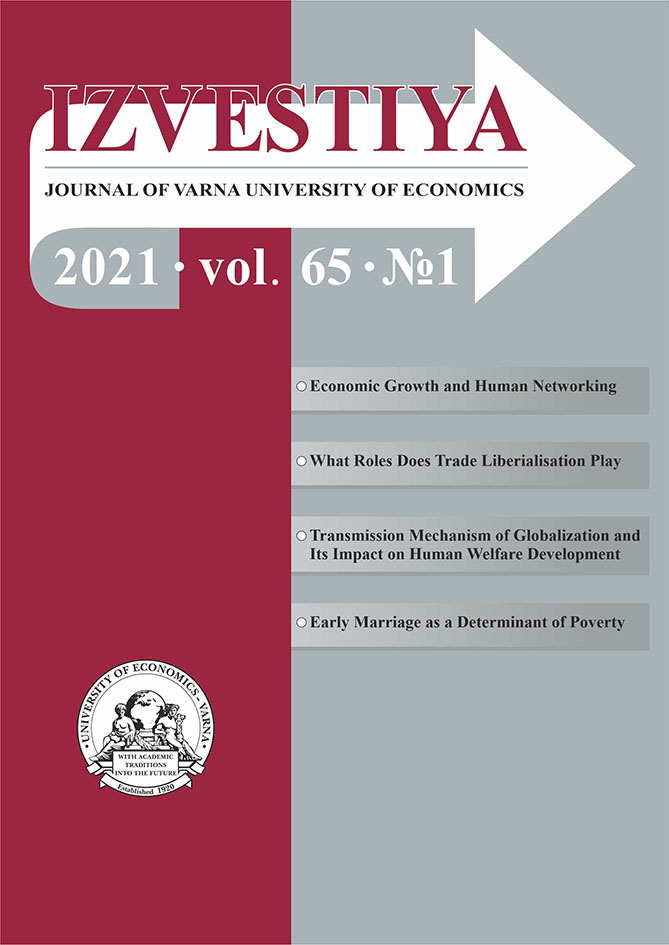 Summary/Abstract: The increased intensity of globalization across borders integrated the sub-Saharan African (SSA) countries into the world economy as shown by the increasing degree of trade openness (from 55.4% in 1980–1984 to 65.6% in 2000–2015) and foreign direct investment as a percentage of GDP (from 0.3% in 1980–1984 to 2.85% in 2000–2015). The quality of life of the people in the region improved marginally regarding access to basic needs. However, the effects of globalization on access to basic needs such as water, sanitation, healthcare services have received little attention. Thus, this study investigates the impact of globalization on human welfare in sixteen SSA countries over the period 1980-2015. Using a panel fixed effect approach, the findings revealed that globalization through its various channels (trade openness, capital and financial flows and labour mobility and information technology), improves human welfare indicators in sub-Saharan Africa. However, the low level of good governance in the region deteriorates the development of human well-being. Thus, there is a need to improve the quality of governance to enhance the welfare of the people through global interactions.