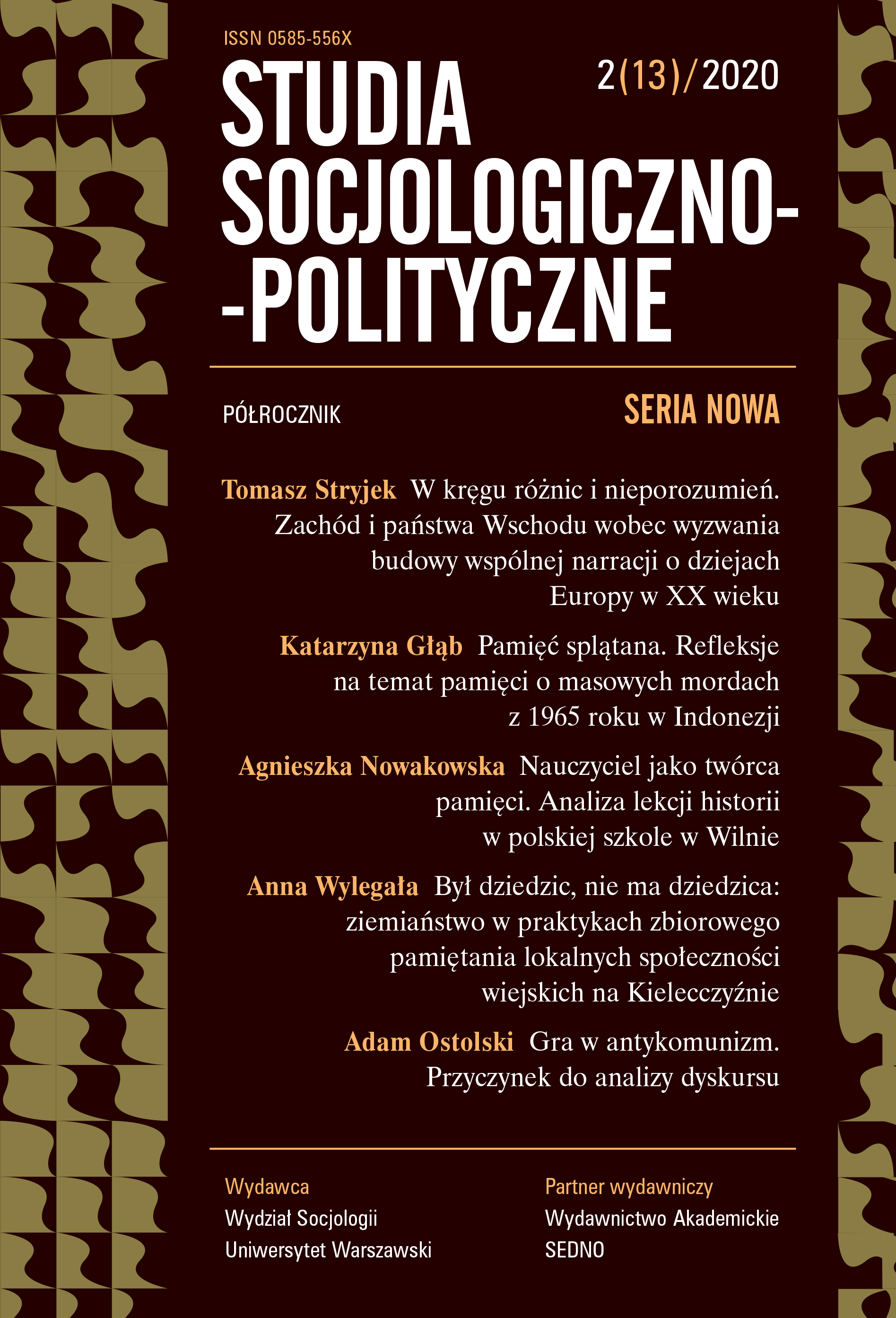 Summary/Abstract: The essay concerns attempts to shape a common narrative about the history of Europe in the 1939–1991 period made by representatives of the Western Europe and the region of Central and Eastern Europe (East) since the fall of communism and collapse of the Eastern Bloc. It shows at the beginning the encounter and next the clash between two different historical experiences and narratives of West and East, and as a result the growing misunderstandings. The author distinguishes three strategies of the politics of memory used by the Eastern states internally and toward neighbors: historical reconciliation, transitional justice and national identity politics of memory. The author analyzes how the latter prevailed in the post-Yugoslav states in 1990s and in the states located on the Timothy Snyder's Bloodlands in the second decade of 21st century. Of a special subject of analysis are the two most explosive contemporary memory conflicts in the region: Serbian-Croatian and Polish-Ukrainian. The author shows how these conflicts developed in the conditions of a growing lack of understanding of the East by the West. The West representatives in the EU did not fully admit the postulates to change the common historical narrative in Europe put forward by the representatives of the East. Neither the entire EU nor its old member states did take a position on the disputes over memory between the Eastern states. As a result these conflicts linger and the prospects for ending them are weak.