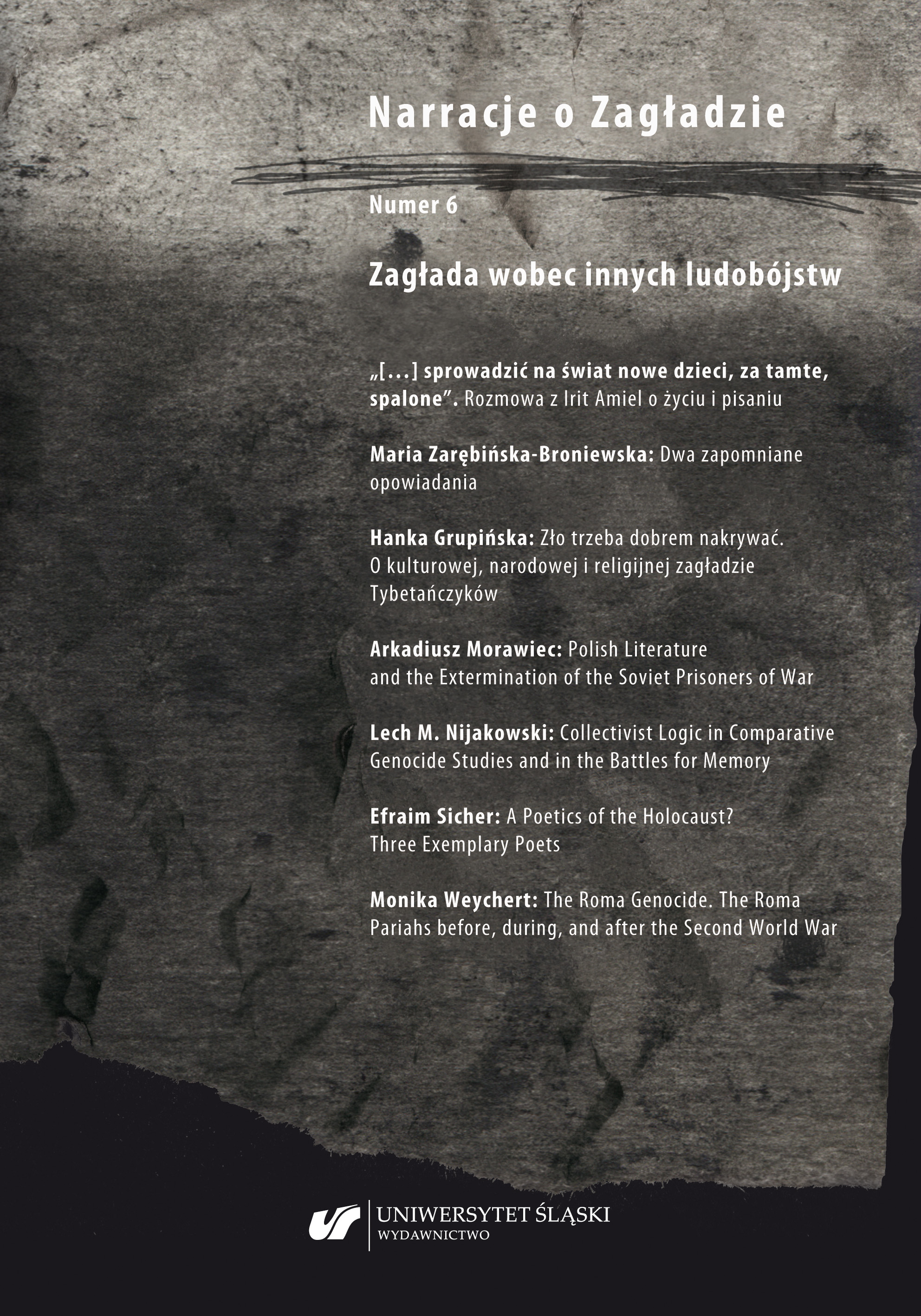 Summary/Abstract: In the essay the author analyses the problematics of genocide based on correspondence between Filip David and Mirko Kovač Kiedy kwitnie zło. Książka listow 1992–1995 (When evil flourishes. A book of letters 1992–1995) to later juxtapose it with studies on Shoah. She ponders the generational perspective of people whose lives were tarnished by the Nazi-Germany occupation (Filip David – born 1940, Mirko Kovač – born 1938). The article most of all aims at reconstructing the stances of the two authors of letters and showing genocide as a realm of incessant discussion, vague affects, unsystematized knowledge. The author undertakes an attempt to reconstruct only some of the topics and contexts accompanying the issues discussed in David’s and Kovač’s letters, particularly: the soul-searing descriptions of the Bosnian War of 1992–1995. She shows that the language facet of violence proves to be a challenge to reflecting on literature in the correspondence between the two intellectuals. When faced with the disintegration of hitherto social order in the former Yugoslavia, the nationalist discourse, as social studies and research on genocide suggest, prepares the ground for activation of violent behaviours, justifies them, and plays a key role in fomenting the genocidal repression. As a result of the said processes, the authorities create and reinforce nations’ cultural self-images, tighten the control over ethnic purity of collective identity, instigate conflicts between neighbours based on “the blood and soil myth,” cherry-pick the xenophobic discourse of the past, and force through with ethnical interpretations of culture.