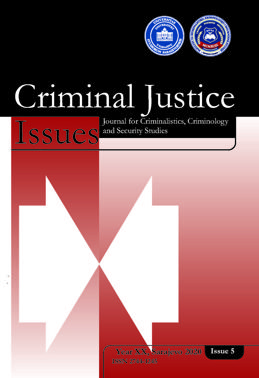 Summary/Abstract: Reason(s) for writing and research problem(s):Previous research has indicated that female eyewitnesses sometimes provide more accurate identifications than male, but there remains a lack of agreement on such a female-superiority effect. The issue of own-gender bias also remains unclear. Aims of the paper (scientific and/or social):This empirical research aims to further examine the possible existence of gender-related effects in eyewitness identification performance in the rarely studied culture of Bosnia and Herzegovina, and thus to determine implications for eyewitness identification in law enforcement practice there and elsewhere. Methodology/Design:This experimental study involved 98 undergraduate students of the University of Sarajevo. It included several tasks -participants watched a video recording of a simulated bank robbery, undertook some written tasks, and finally attempted to provide identification of the male perpetrator in a photo lineup. Research/Paper limitations:The experiment was conducted in laboratory conditions that can be different from real-life situations (usually for ethical reasons). Participants were exclusively undergraduate students. The experiment design included only the identification of a male perpetrator (though most bank robbers are male). Results/Findings:No effect of gender was found in identification accuracy. An own-gender bias was not found. General conclusion:Gender has no effects on facial recognition, and it is not a useful predictor of accuracy in eyewitnesses. Complete view on gender differences in eyewitness identification may be achieved if gender is considered in combination with other factors such as culture, expectations, age, race, intelligence and face recognition skill and type of crime. In future, it will be useful to explore the relationship between eyewitness identification accuracy and gender stereotypes/roles in countries across which these important factors vary. Research/Paper validity:This study’s design and analyses correspond to those used in relevant past research.