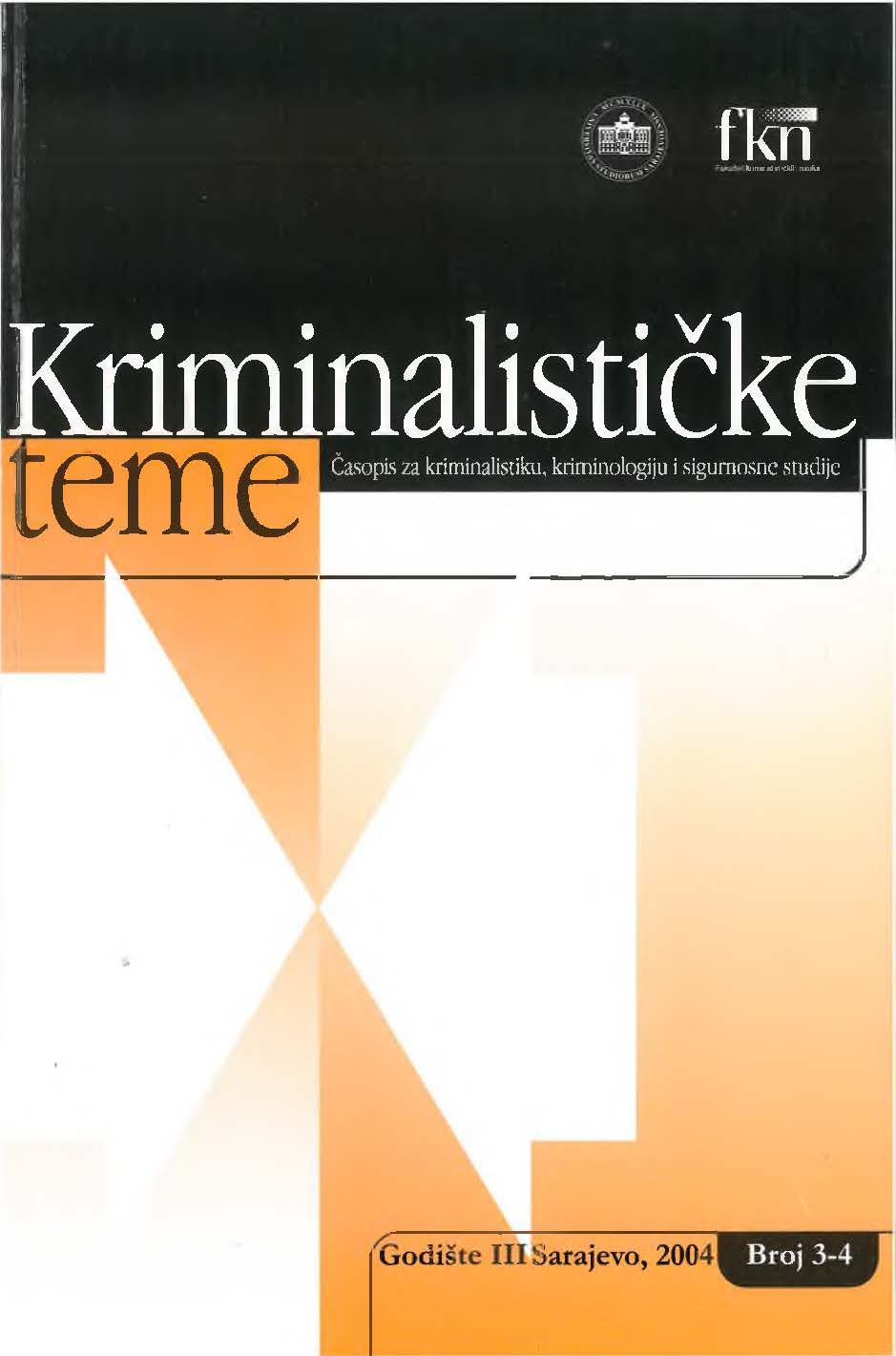 Criminal Justice Issues - Journal for Criminalistics, Criminology and Security Studies was founded in 1998. Initially conceived as a journal for mainly criminalistic theory and practice, it aimed to follow and present modern criminalistic knowledge and achievements. At the same time, it represented an opportunity and expanse for the realization of wider communication and cooperation in the domestic and international professional and scientific public. After a short break in publishing, a slightly modified conceptual solution appeared in 2002. At that time, in addition to criminalistics, the journal began to address more intensively the fields of criminology and security studies, and thus harmonized thematically and editorially with the function and mission of the publisher, the Faculty of Criminalistics, Criminology and Security Studies. Scientific and social justification for starting a journal is an imperative of the time since it is unique in Bosnia and Herzegovina in terms of topics and concepts.

With its content, the journal aims to promote criminalistics, criminology and security studies as specific scientific fields, and to contribute to the overall scientific, cultural, and socio-economic development of Bosnia and Herzegovina, as well as democratic and civil society, achieving the highest standards of teaching and research.

The journal publishes hitherto unpublished scientific and professional papers, reviews, and translations in the field of criminalistics, criminology and security studies.