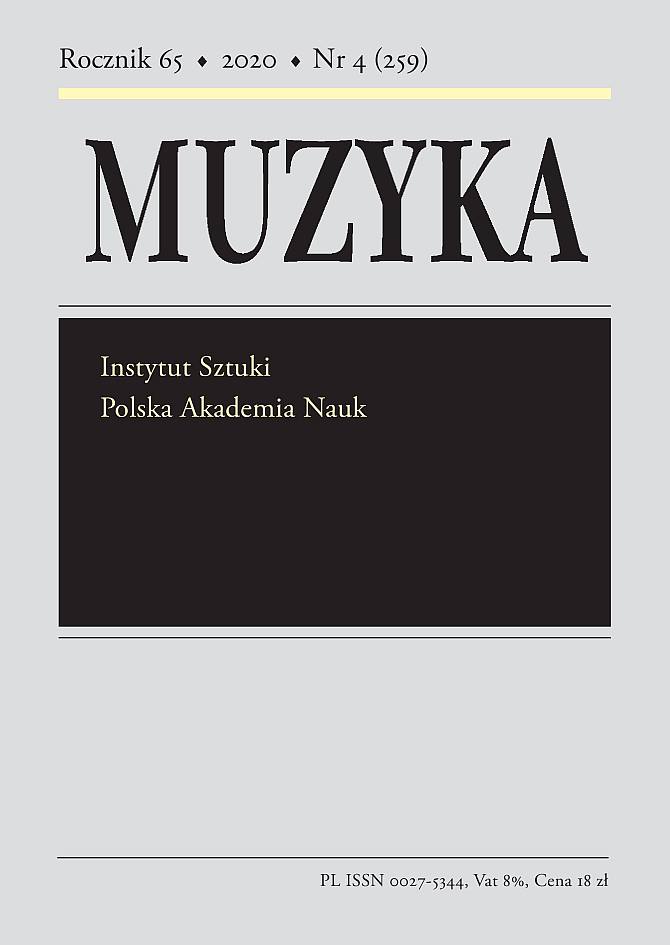 Summary/Abstract: Theodor Leschetizky (1830–1915), born in Łańcut, a pupil of Carl Czerny and Simon Sechter in Vienna, is known today primarily as an eminent piano teacher, but he began his musical career first and foremost as a pianist and composer. He notched up successes as a virtuoso, and his own music won critical acclaim. Like many other nineteenth-century pianists, Leschetizky wrote piano concertos, most likely with himself in mind as the performer of the solo parts.Analysis of Leschetizky’s early output and artistic activity, as described in press articles from the 1840s, 50s and 60s and in his early biographies (written during his lifetime), proves that he was successful both as a composer and a virtuoso. This article is devoted to Leschetizky’s one-movement Concerto symphonique pour le piano et l’orchestre in C minor, Op. 9, which he probably never performed, and to the autograph manuscript of this work, now held in the Library of Congress in Washington (US-Wc ML96.L4678 no. 1 Case). I investigate why this piece probably never entered the concert repertoire of its composer or any of his eminent pupils, and was only given its first performance in the twentieth century – in 1977, in the US.