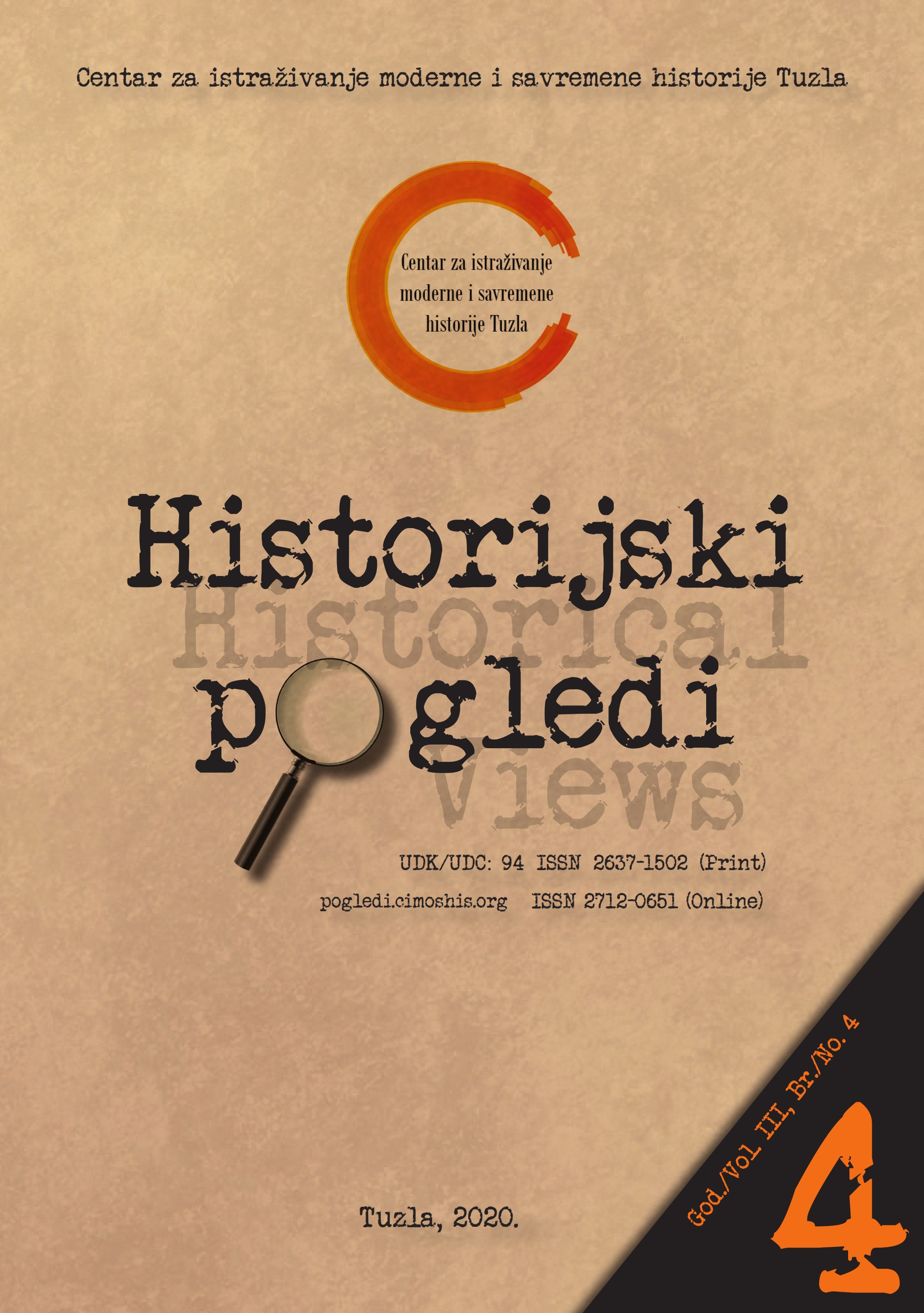 Summary/Abstract: Main goal of Serbian ideology, policy, practice, starting from the late XVIII until the beginning of XIX century is creation of a clean, pure and ethnic Serbian country so called Great Serbia. In such country idealists also included the territory of Bosnia and Herzegovina. Meanwhile that is achievable only by committing heinous crimes including the Bosnian Genocide. Because of the Visegrads Geostrategic position the city is crucial for Serbian plans, aggressors and criminals tried by any means to form ethnically clean territory, not choosing the means or tools in the attempt of achieving that goal. Highest point of those crimes happened during the second world war 1941-1945, also in the time of aggression on Republic Bosnia and Herzegovina 1992-1995. Numerous mass and individual killings, extermination, enslavement, deportations and / or forcible transfer of the Bosniak population, imprisonment and other forms of deprivation of liberty committed in violation of basic rules of international law constitute a long and sad list of criminal and genocidal acts committed against Bosniaks in the Drina Valley, and in the name of the so-called project Great Serbia. In this cycle and history of chetnik misery and inhumanity, the culmination of human malice, evil blood and moral dishonor was against the Bosniaks of Eastern Bosnia. Thanks to the hard work of the community and people of the country this evil plan and evil intentions of Serbs ideologists did not come through. Yet they do not give up, furthermore they use new means and methods. In that contest targeting wider area of Visegrad, as a starting point for commencing Great Serbian goals and ideas. That gave birth to the idea that Visegrad is continuously in focus to the leaders and actors of the ideology of Great Serbia, therefore creation of ethnically clean Serbian areas. All this, for a consequence, had a permanent acts of numerous crimes against humanity and international human rights among Bosnians in wider area of Visegrad, from the period of World war 2 and in the time of aggression on Republic of Bosnia and Herzegovina. In this area number of heinous crimes were committed. One of the consequences of the horrific crimes committed against Bosniaks is a radical change in the ethnic structure of the population in the Visegrad area during the 1992-1995 aggression. In relation to the 1991 Census, when there were 13,471 Bosniaks, according to the 2013 census, 1,043 Bosniaks have registered residence in Visegrad. Still, the area wasn’t ethnically cleansed as in accordance to Serbian ideologists, so this shameful project that’s grounded on crime, continued by new means and methods. Analysis confirmed key marks of aggressive attempts of ideology and policy in creating ethnic clean Serbian territory within area of Visegrad. Research is focused and timely determined on three periods: First during the Second world war 1941-1945, Second, Aggression on Republic of Bosnia and Herzegovina, third period after signing of Dayton’s 1995. still this day. For the purpose of proving the general hypothesis of the research, the methods of analysis and synthesis, the hypothetical-deductive method and the comparative method will be used, and for the purposes of obtaining data, the method of analysis (content) of documents and the case study method. Serbian ideologist still tries to remove all Bosnians from the wider area of Visegrad and by doing so make that town the starting point for the next phases of ethical cleansing of non-Serbian population from walleyes of Drina Conclusion would be under any price secure at first economic conditions for survival of Bosnians on those areas, take a set of measures on economically strengthening Gorazde, as a center of gathering non-Serb population in the walleye of Drina.

Sloboda govora i univerzalna ljudska prava Freedom of Speech and Universal Human Rights 2010 Zločini u Višegradu za vrijeme agresije na Republiku Bosnu i Hercegovinu Crimes in Višegrad during the Aggression on the Republic of Bosnia and Herzegovina 2013 Etnicitet i politika genocida: Slučaj Bosna i Hercegovina Ethnicity and Policy of Genocide: the Case of Bosnia and Herzegovina 2014 ZNAČAJ KRIZNOG MENADŽMENTA ZA POSLOVANJE SIGNIFICANCE OF CRISIS MANAGEMENT FOR BUSINESS 2015 FENOMEN AKTIVNOG STARENJA U PROCESU KREIRANJA JAVNIH POLITIKA U BOSNI I HERCEGOVINI PHENOMENON OF ACTIVE AGING IN THE PROCESS OF CREATING PUBLIC POLICIES IN BOSNIA AND HERZEGOVINA 2016
2023 © CEEOL. ALL Rights Reserved. Privacy Policy | Terms & Conditions of use
ICB - InterConsult Bulgaria core ver.2.0.1219