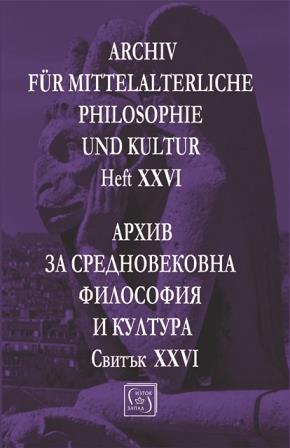 Summary/Abstract: The current paper is part of a broader research, which is dedicated to tracing a possible influence of medieval will theories in the development of epistemology. According to our hypothesis, the emphasis on the freedom and autonomy of the will by some Franciscan authors has led to introducing new topics into the epistemological field. In the current text, we try to trace a couple of novelties that authors like Peter John Olivi, John Duns Scotus or William of Ockham introduced. Topics as freedom of judgment, comparing notions and propositions, perfecting knowledge or choosing the object of knowledge are all areas of the epistemology, which were discussed in the context of the will’s participation in acquiring knowledge. We try to show how similar ideas were already present by earlier medieval authors like Augustine but received their specific terminology and more detailed treatment in the High Medieval Period.