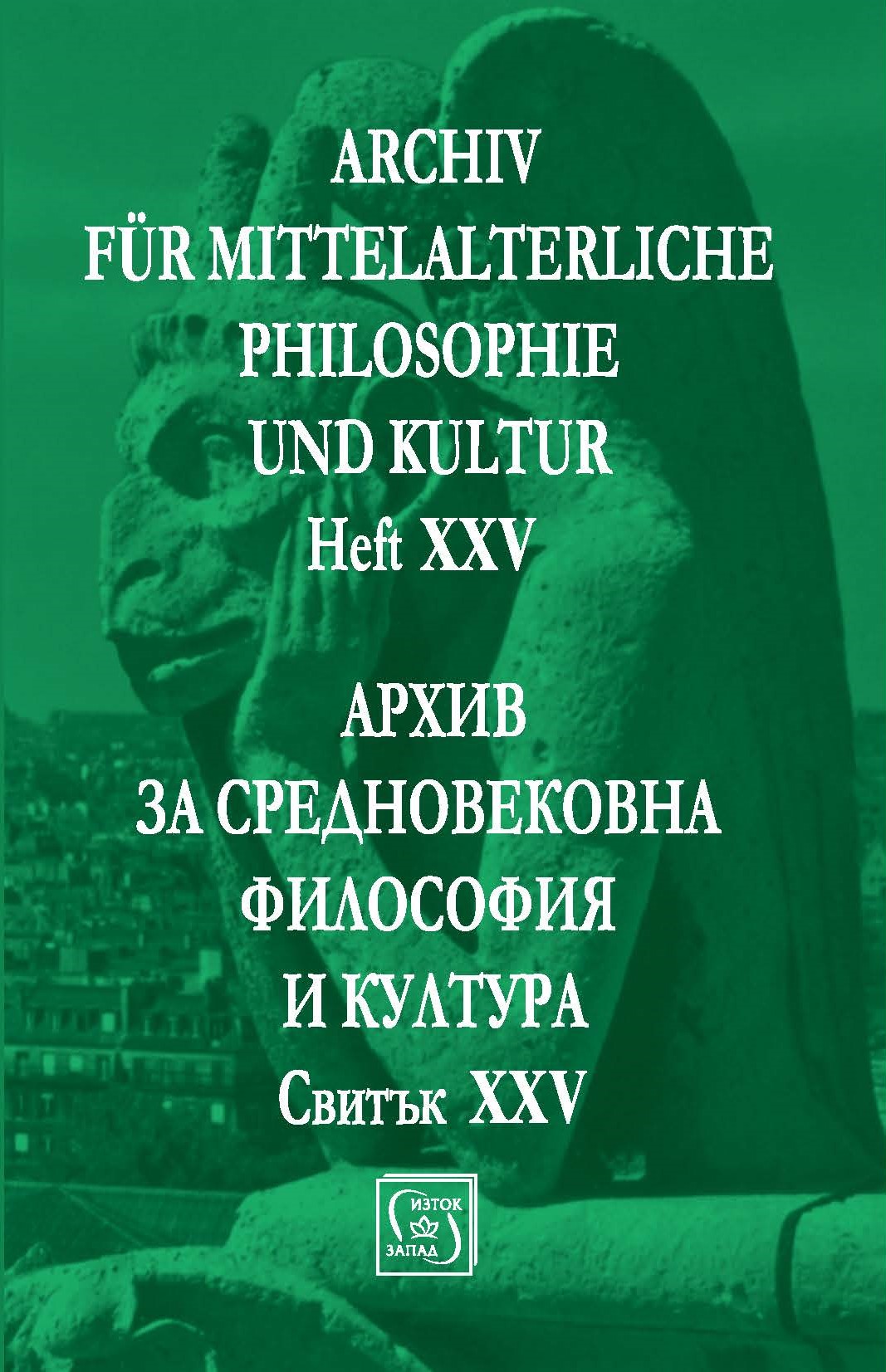 Summary/Abstract: The current text tries to explore possible connections between will and intellectual process in the context of the work of Peter John Olivi. Olivi presents the will in an innovative light, which provides the basis for later authors such as John Duns Scotus or William of Ockham. Olivi’s claim is that the will is a totally active power, which is the first mover of the soul and its other powers. The self-evidential freedom that the will possesses makes it responsible furthermore for its own self-reflexivity. Olivi goes even further to claim that the reflexivity of the rest of the soul’s powers depends on the self-reflexivity of the will. Based on this, the paper traces different passages, in which Olivi speaks about the free control, which we can observe having in our thoughts – freedom in terms of judgment, discerning, choosing an object for our knowledge, etc. Important for this discussion is Olivi’s understanding of intentionality and more particularly his concept of “aspectus”. The intellectual-volitional acts stand in the context of a broader intentional directedness of the human being towards the outside world. We would like to trace in what way this intentional directedness might be freely controlled from the will, so that different epistemological processes could be enabled to take place.