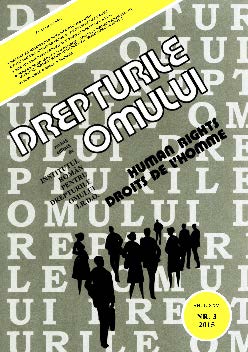 Summary/Abstract: In defining public administration, one must reveal the role and the place it has in the political, economic and social context of the rule of law, based on the principle of separation of powers by determining its general borders and by stating the main concepts of the discipline and practice of the administration. Public administration involves an activity having contingency with policy and focusing on the executive branch of governance, differing from private administration and being preoccupied with law enforcement. The Legislative Council is one of the main autonomous democratic authorities of the country being according to the Constitution, an advisory expert body of the Parliament, which by its work stands for a quality filter in the process of drafting legislation. It can not be part of any legislative power either the executive, or of the judiciary.