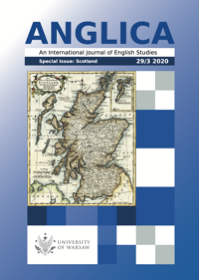 R.L. Stevenson’s A Child’s Garden of Verses in Polish

Summary/Abstract: This paper analyses the abridged Polish rendition of Robert Louis Stevenson’s collection of poems A Child’s Garden of Verses, entitled Czarodziejski ogród wierszy (1992, selected and translated by Ludmiła Marjańska), using André Lefevere’s idea of translators and compilers acting as rewriters in cultural exchange. It argues that the manipulation witnessed in preparing the Polish collection can be described as a case of transediting, a notion usually applied to news translation not to literary translation. The article considers the interaction of translation, selection, illustrations and editing decisions (such as sequencing poems) in producing a volume that differs significantly from the original. It also considers the possible motifs of the transeditors, including the image of childhood and the child reader. Finally, it touches upon the issue of the impact of this transediting on the Polish reception of the volume.