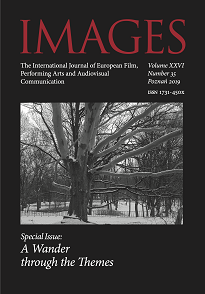 Summary/Abstract: The vast majority of documentary films relevant to the events of March ‘68 and its consequences were created after 1989, when the abolition of censorship and the opening of previously hidden archives allowed Polish filmmakers to explore previously prohibited topics. The article focuses on the earlier period, and its main objective is to find echos of this political crisis in documentary films created before the collapse of the communist regime in Poland.