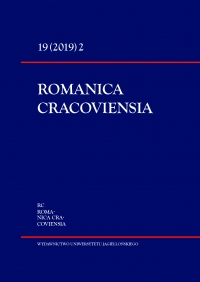 Summary/Abstract: Focusing on the search for a new form of artistic creation, French doctor, archaeologist and poet, Victor Segalen (1878–1919) created a collection of poems titled Peintures in which the literary and artistic space coexist and influence each other. In his poetic work, Segalen, considered above all to be the founder of an intercultural poetics between East and West attempted to recreate Chinese paintings through words. The aim of this paper will attempt to show that the “spoken paintings,” as he called them, were inspired by real Chinese paintings and the creative process of Chinese painting itself. The poet succeeds in producing within the reader’s consciousness a painting by enabling him to visualize images suggested by words and to create a “magic space.” Segalen moves away from linearity principle of a text and gives it the third dimension creating a total work of art.