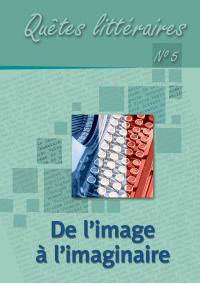 Summary/Abstract: The aim of this article is to present the connections between literature and art, as well as a graphic and artistic sing. The main subject of the study is the problem of typography, pictography, calligraphy and the visualisation as a sign created from the merging of a verbal code and a drawing representation. The dialogue of two sisters, due to which poetry has become a verbal painting /pictura loquens/, exhibits the variety of artistic creations based on the selected French literature of the early 20th century. The new tendencies which provoked the writers and painters, they could define the plasticity of words and pictures, as well as discover similarities of these two layers. The study attempts to discuss the co-existence and co-implication of the verbal codes and pictorial codes.