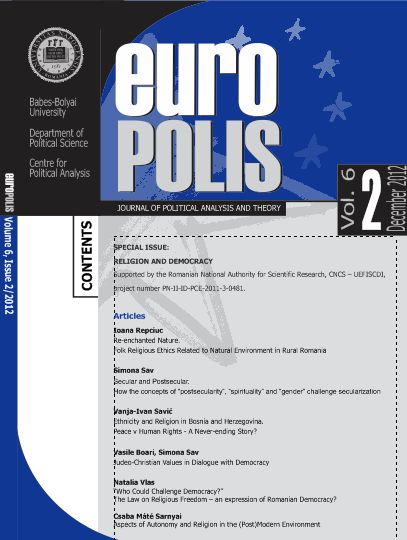 Summary/Abstract: This paper aims to analyze the place of religion in the Romanian society and politics, by focusing specifically on the process of readjusting religious freedom in Romania after 1990. Although the regulation of religious life in accordance with international human rights principles was considered one of the cornerstones of the Romanian democracy, the replacement of the communist legal framework with a new one took more than 17 years and was accompanied by numerous tensions among the religious actors themselves, state institutions and civil society organizations.