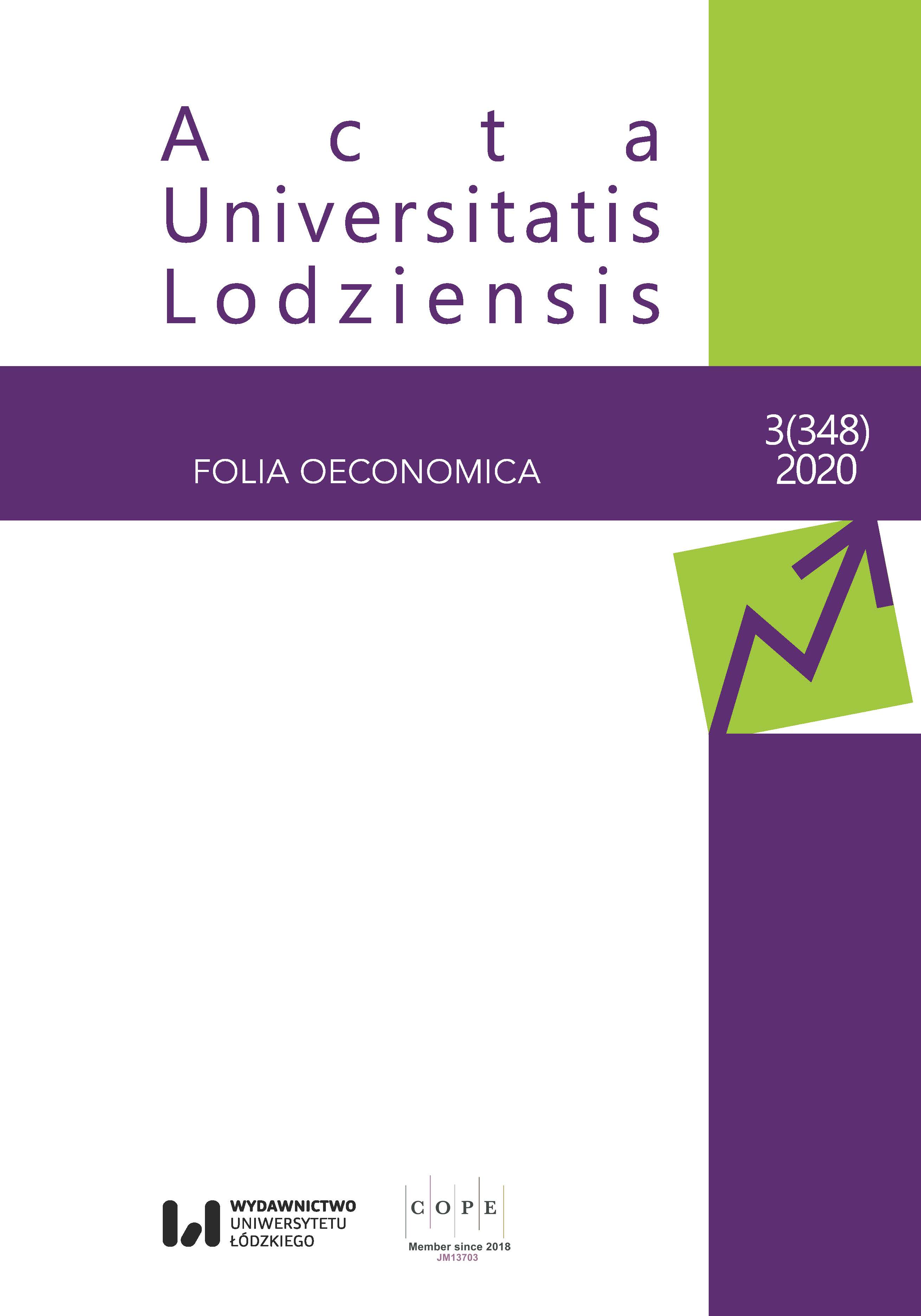 Summary/Abstract: The article discusses the ‘working poor’ phenomenon among young people. This phenomenon is associated with the labor market on the one hand and poverty on the other. It is an interesting object of study, because currently more and more people are threatened by poverty in the European Union, even though they are included in the basic social institution, which is the labor market. The aim of this study was to show the relationship between the work and the problem of poverty in the context of the working poor phenomenon, and the analysis and evaluation focused on determining the level and structure of the working poor among young people in the European Union. The situation of working poor can be presented thanks to the results of the European Union Statistics on Income and Living Conditions. This study aims to collect current and comparable data on the distribution of income and social integration at the transnational level in the EU, including: income and living conditions, poverty and social exclusion, education, professional activity and health, as well as childcare and housing conditions. Unfortunately, the EU‑SILC study (although regularly implemented) is not always a complete source of data, because every year other aspects of socio‑economic life are explored. Nevertheless, the information obtained from the Eurostat database and EU‑SILC studies, makes it possible to carry out comparable statistical analyzes, in this case for the working poor group. Based on the statistical analysis and assessment of the situation of young people included in the working poor group in the EU, based on Eurostat database and EU‑SILC studies, it can be stated that the problem of poor and poverty exist among them. It undermines the view that employment is a factor that counteracts poverty and that full employment is the best remedy for poverty and social exclusion.