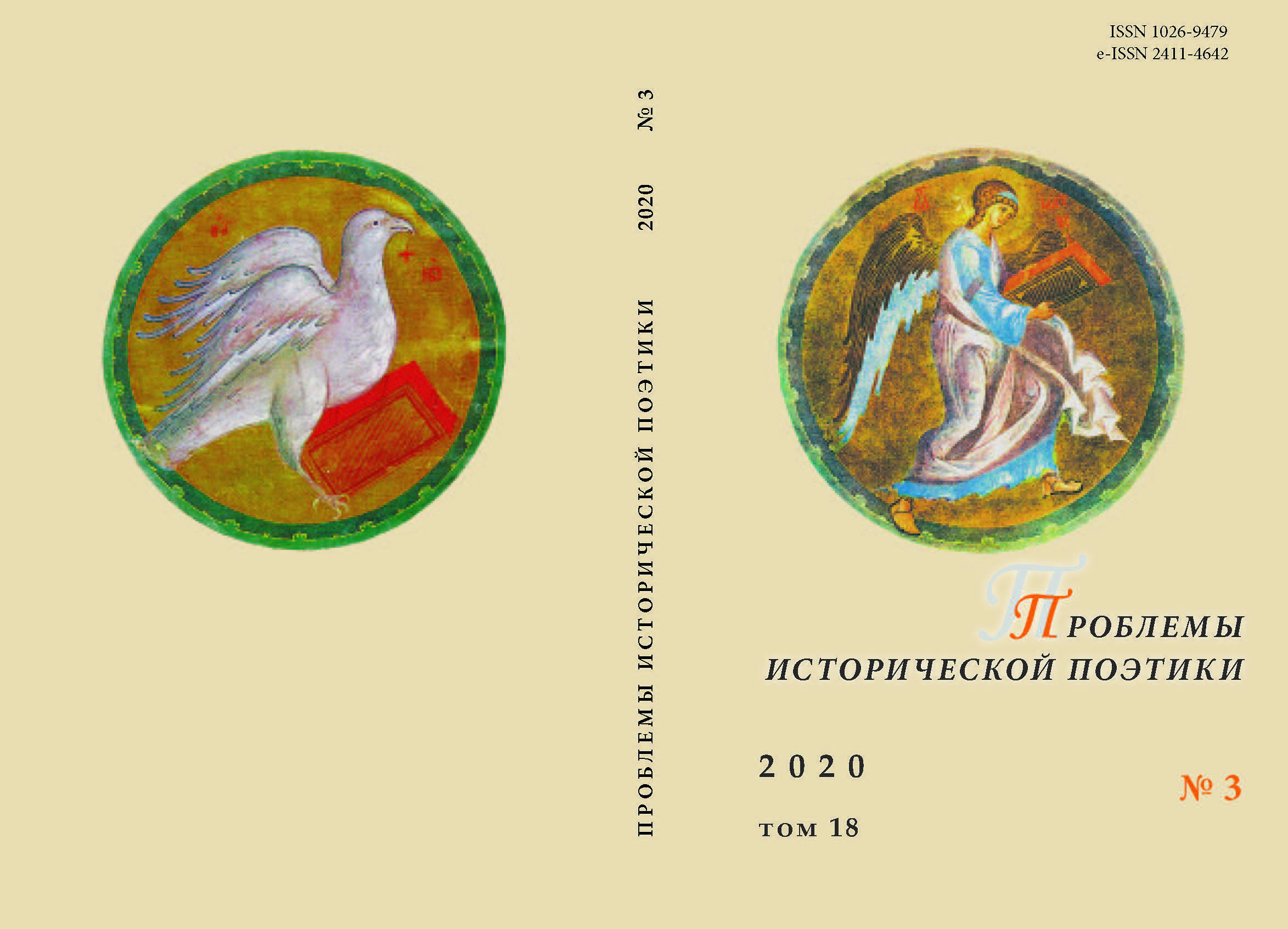 Summary/Abstract: The article analyzes the previously unexplored story of Sergey Durylin Khivinka (the story of a Cossack woman) (1924), written by the author in Chelyabinsk exile. The story is written in a narrative manner inherent in literature of the 1920s. Durylin, who is least oriented towards the Soviet everyday life, who is invisibly and silently arguing with the literary majority, creates an artistic image of a woman of the 19th century descending from common people, a Cossack woman, who was captured by the Khivins, based on historical facts recorded by N. K. Bukharin. The article takes into account the literary sources the author built his work on: A Journey Beyond the Three Seas by Afanasiy Nikitin and The Enchanted Wanderer by N. S. Leskov. The clearly expressed Easter archetype of “A Journey” of the story of Durylin outlines the vector of an axiological path of the heroes — the pilgrimage toward Easter, marked with their return to home. Using the poetics of a tale, the writer draws focus primarily toward a narrative manner of N. S. Leskov with its usual confessional character. On the basis of memoirs, it is stated in the article that the writer’s wife, Irina Alekseevna Komisarova-Durylina, to whom this story is dedicated, became the prototype of Khivinka.