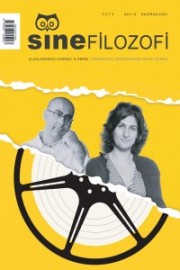 Summary/Abstract: Since the existence of mankind’s fears, helplessness, despair, loneliness has led to various superstitions. Superstitions continue their adventures even from modern times to the present day by being fed by the helplessness of human beings against nature. Outside human nature, society; heretic culture, pagan beliefs, folklore, tradition / tradition, rituals, mythology; Christianity, which is influenced by male hegemony, the dominant power in the Middle Ages, the Puritan consciousness and superstitions. While various superstitions such as black cat, evil eye and ladder reach universal dimensions, human psychology and historical events can be given as examples of the factors shaping superstitions. Psychology and psychiatry, as well as the historical origins of superstitions, have been guiding in explaining these beliefs; it will be the art that makes superstitious beliefs easier to grasp, making them immortal images. Visual arts, such as painting and cinema, are among the most important artistic productions directed towards symbolic, metaphoric expressions. This study examines the relationship between visual arts such as cinema and painting and phenomena such as rituals, mythology and superstitions. In particular, superstitions in horror cinema will be researched.