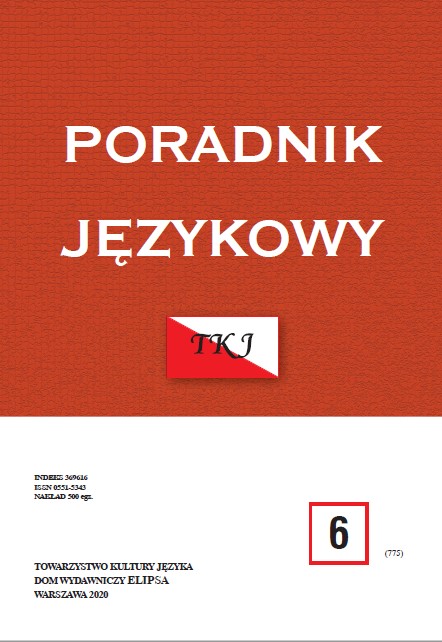 Summary/Abstract: The object of this sketch is the legal and administrative Polish language of the interwar period, that is the time of the Second Polish Republic. Regaining the statehood after one and a half century of the Partitions marked significant transformations in the history of the nation and the society, the return of the Polish language to offices, the gradual standardisation of the language of administration, unification and codification of law. The political system of the Second Polish Republic evolved. The system of parliamentary democracy, adopted in 1919 and established in the March Constitution, transformed gradually, in particular after the May Coup in 1926, into the authoritarian system. The principal value in the March Constitution is the nation, which was bestowed with power. In the April Constitution, the principal value is the state as the common good of all citizens. There were not enough Poles with a good background among administrative officers. A major role in preparing templates of documents was played by lawyers, who gave consideration also to language aspects.