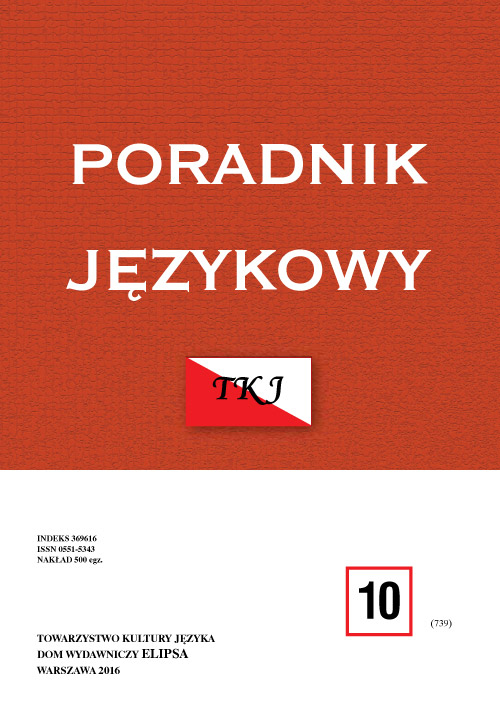 Summary/Abstract: The term heritage language has been functioning in the relevant world literature since the late 1990s. It began to be used in Polish publications somewhat later gradually gaining acceptance in the circles of researchers, teachers and users. Its popularity ensures its broad application in various subdisciplines of linguistics – it is used not only by language educationalists, but also psycho-, ethno-, and sociolinguists. This study outlines the specificity of the notion of heritage language with particular focus on its significance in ethnic education and usefulness when differentiating between natural and cognitive bilingualism, and describing linguistic competences of users, which are largely determined by being part of a given generation of the Polish community abroad.