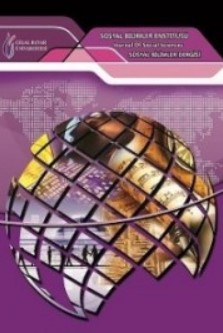 Summary/Abstract: Caryl Churchill, who emerged from Second Wave Feminism in Britain, is one of the most important socialist and feminist figures in the modern drama. She developed various working methods which created a democratic and experimental theatre practice so her theatre could challenge the dominant modes of representation, particularly the still-popular naturalistic drama. Churchill in Mad Forest: A Play from Romania (1990) uses an Epic dramaturgy and alienation effect, which are inextricably linked to Brechtian Theatre theories and techniques. This article aims to explore the application and functions of the Brechtian theory of theatre and his theatrical alienation techniques like episodic scenes, the montage, the gestus, titles to each scene, advertising the play’s fictionality, interludes and songs on stage in Mad Forest: A Play from Romania. This study, furthermore, aims to contribute not only to the scholarship on Bertolt Brecht’s dramaturgy but also to the critical studies on Caryl Churchill’s plays.