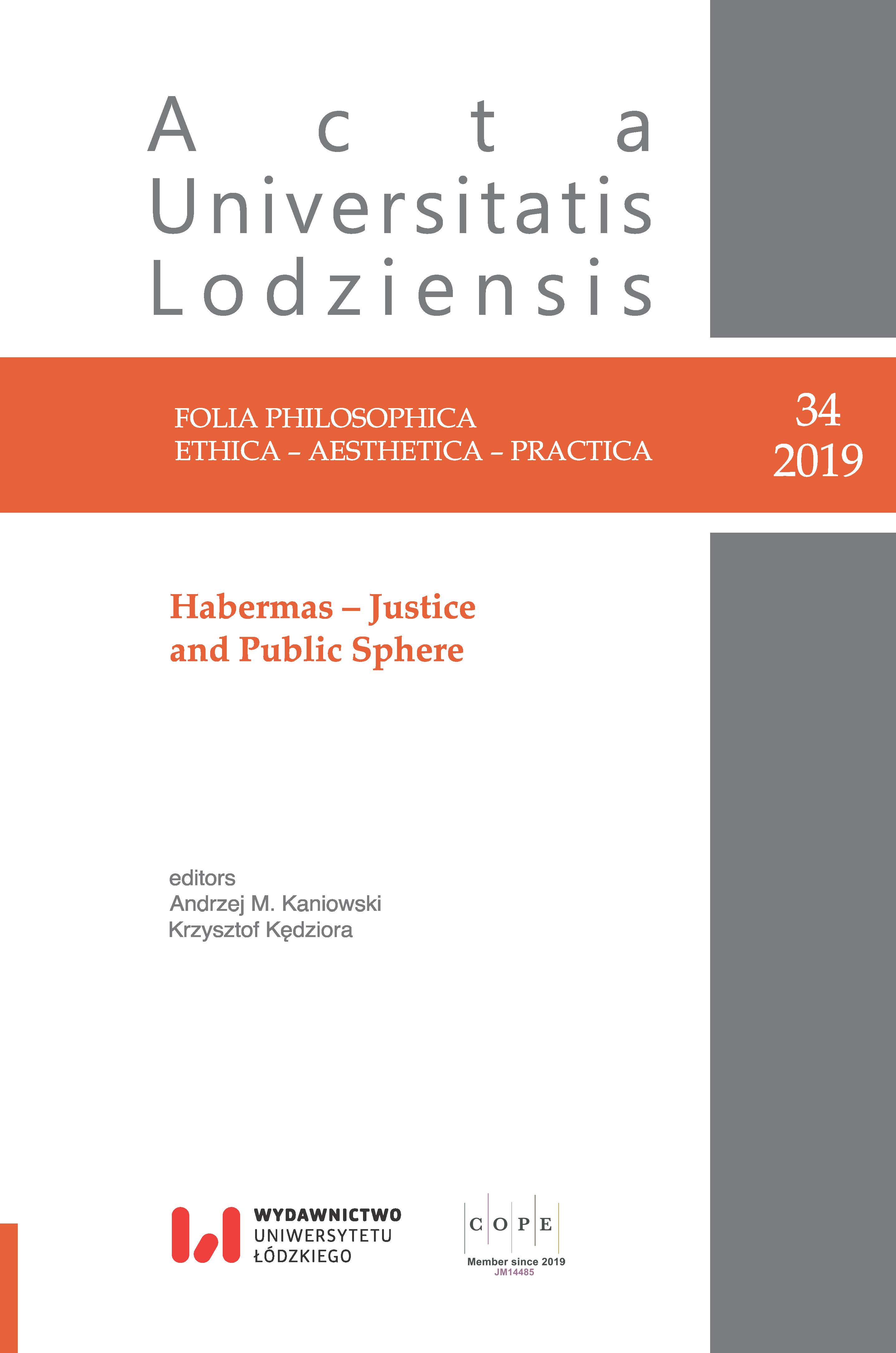 Nie będzie pluralizmu form i sposobów życia bez uniwersalizmu zasad. Wywiad z Karlem-Otto Aplem
There will be no Pluralism of Forms and Ways of Life without Universalism of Principles. Interview with Karl-Otto Apel

Summary/Abstract: In an interview with Karl-Otto Apel, conducted and published by Florian Rötzer in 1987, a number of issues of Apel’s transcendental-pragmatic philosophy were discussed. The interview presents what was the subject of the main debates conducted at the time by this defender of reason and rationalist tradition in philosophy, who spoke out against all radical scepticism and was known above all as a philosopher defending the thesis of the need and the possibility of providing ultimate justification. Karl-Otto Apel explains how this thesis should be understood and what the transcendental-pragmatic ultimate justification consists of. The interview also expounds what is the argument of performative self-contradiction that is used in the final justification procedure. Apel refers to the critics directed at discourse ethics, its “formalism” of Kantian provenance (critics that accuse this current of ethics that it leads to the elimination of diversity and pluralism); his critical remarks are directed at the advocates of postmodernity and postmodernism. Karl-Otto Apel defends a universalistic model of ethics and a Kantian, purely formal image of man as an image which at the same time creates conditions for cultural pluralism and free articulation of dissent, as well as for the search for consensus.