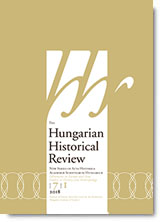 Summary/Abstract: The article situates itself in the broader context of the transition between the Ancien Régime and the revolutionary year 1848 by exploring the new social spaces opening up for a middle-class in the making from the 1820s onward. It focuses on two representatives of this new class, Karl von Czoernig and Carl Alexander von Hügel, both of whom managed to climb the social ladder between c. 1820 and 1870. Men like Czoernig and Hügel were involved with the events of 1848 in manifold ways. Czoernig, for instance, was a member of the Frankfurt Parliament, while Hügel helped Metternich escape the country and flee to England. Yet in the wider perspective, it was not a few turbulent days in 1848 that made a difference in the lives of the members of the larger emerging middle-class to which these two men belonged. The revolution(s) had another effect on both men’s lives: Hügel made a reappearance as an imperial diplomat and started a second career with a distinctly conservative flavor. The top-ranking civil servant Czoernig, in contrast, ruined his professional career in the long run, although the consequences of his participation in the events of 1848 were not felt until the early 1860s, when dusk fell on neo-absolutist liberalism. This article examines a panorama of new options and opportunities for members of the well-educated bourgeois in an era of transition, and it suggests some conclusions concerning the strategies put to use by the emerging middle-class.