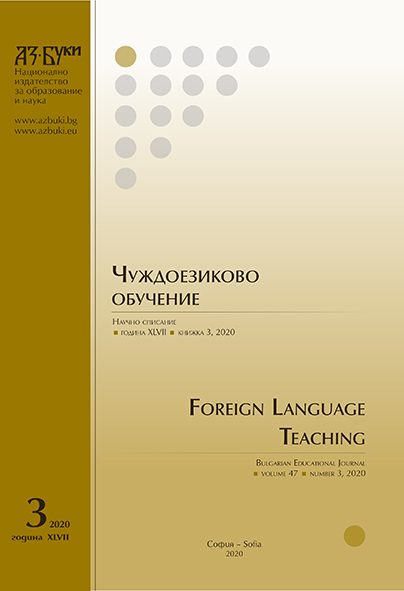 Summary/Abstract: The article studies two novels of one of the cross-cultural writers Kazuo Ishiguro – A pale view of hills (1982) and The remains of the day (1989). Way before he received his Nobel prize in 2017, Ishiguro has already been acknowledged internationally and his novels have been translated in many languages all over the world, winning literary awards. His novel The remains of the day (1989) was adapted into an Oscar nominated film with a cast full of well-known stars. The movie was nominated in 8 categories. Important themes in Ishiguro’s works are the return to the past, the memory, the search for signs and personal identity, the discursive crossing of boundaries and cultural narratives. In this space, which is ‘somewhere inside and in-between two worlds’, values and structures are reassessed, the history of the past is restructured and all of this happens from the viewpoint of the alienated narrator. Ishiguro's novels represent a meta-text with respect to Western stereotypes of the East and „Japanese“, which have their roots in Japanese culture itself, but conceive of it ambivalently. Likewise, the novel The remains of the day is a metatext concerned with the phenomenon of „Englishness“ which exists on many levels in the work’s structure, but this recognition of the „English novel” is again in the zone of hybrid mentality.