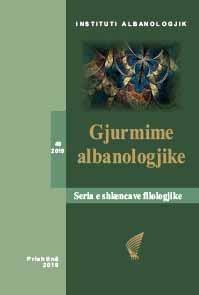 Summary/Abstract: Based on the content of stereotypes and labels about women drawn from our corps, we have come to the conclusion that most of women carry out negative beliefs or attitudes about them. The majority of such units express these attitudes quite explicitly such as hatred, contempt, anger, reproach, irony, ridicule, despair, contempt, resentment, disappoin-tment, disbelief, hostility, envy, jealousy, disgust, and many other attitudes of contempt for women. Such negative stereotypes and labels ideologically justify the inferiority of women in society. Therefore, through these linguistic units, speakers tend to reject women’s value or advantage and thus put them in lower social positions. The stereotypes and labels in the reviewed texts, especially those of folklore, have revealed that they are not merely offensive. Rather, they are calls towards contempt, disdain, inequality, discrimination, stig-matization, and violence against women. Therefore, such stereotypes and labels have a major impact on the rise of sexist attitudes. Thus, one of the factors that play a major role in increasing prejudice and stigmatization may be the exposure to discriminatory messages that these texts convey to women. Stereotypes and labels in the texts reviewed are not always based on negative attitudes and opinions about women. In some cases they are based on kindness, caring, admiration, gratitude, compassion, praise, or love for them. However, even in such situations, they make a link between inferior treatment and positive evaluation for women. This means that in any case, despite referring to women who hold different roles, they generally give an overview of their inferior position in society.