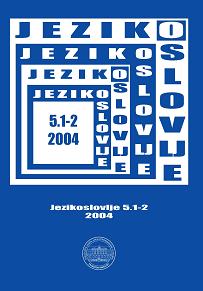 Summary/Abstract: The present paper bridges considerations characteristic of the domains of linguistic pragmatics, discourse analysis, as well as of cognitive linguistics and social psychology. It is claimed that, in specialist discourse analysis, a given discourse type is as such analytic determinant, i.e. one that dictates its own methods of investigation. These methods display a “more-bottom-up” or a “more-top-down” orientation (cf. Beaugrande 1997), depending on what kind of discourse is investigated. It is argued that certain discourse types which “include” the analyst (that is, where the analyst is part of depicted events or part of discourse audience) or are more “familiar” to him/her generate observations on their function and structure at a relatively early stage of their componential analysis, or even before it takes place. Once the global function of the text has been presupposed, the analysis proceeds “top-down”, i.e. toward all micro-data chunks supportive of the initial hypothesis. This happens, for instance, in the case of the discourse of advertising (cf. studies by Lutz 1990, Myers 1994; Goddard 1998, and many others). On the other hand, discourse analyses pursued in a “bottom-up” manner seem to result from an analyst having insufficient extralinguistic knowledge to postulate a priori claims about the text and its function. This constraint concerns analysts not being part of the reality investigated and, more often than not, undertaking a diachronic study or a study of highly-metaphoric discourse. The primary objective of the paper is to postulate, on the basis of investigation into a couple of different discourse types (language of politics and the media, advertising, and scientific argument), about the degree of analytic determinism pertaining to a given kind of text. In other words, it is to indicate which discourse types invite (or even dictate) which of the analytic approaches (i.e. “top-down” and “bottom-up”). The secondary goal is to suggest that the analysis of discourse determination can further benefit from the application of concepts which are normally part of Cognitive Grammar (CG) apparatus. It will be shown that CG can substantially contribute toward specification of the distance that holds between the analyst and the investigated discourse. Addressed here will be Langacker’s concept of subjectification (cf. Langacker 1990b, 1999) and its relevance to considerations of the analyst’s status in discourse.