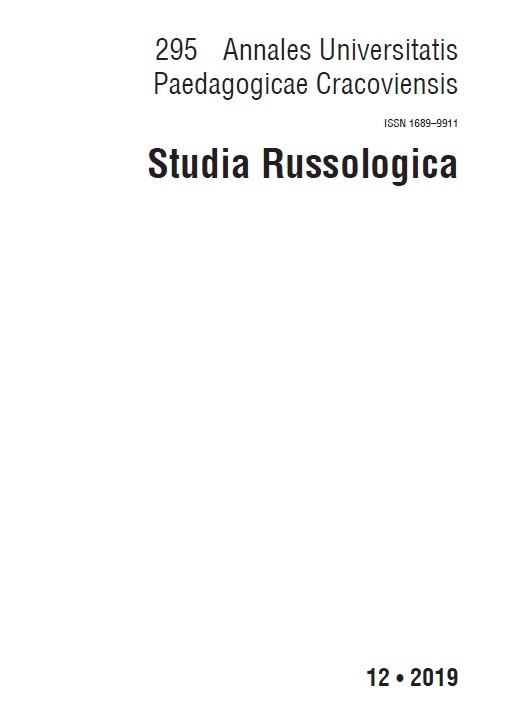 Summary/Abstract: The aim of the article is a linguistic analysis of the symbolism of the Moon in the idiostyle of Sergey Jesienin. A lexical and semantic method of material analysis using semantic fields was applied. The research mat erial is the poet’s original poems. The symbolism of the moon is considered in relation to social and cultural phenomena taking place in R ussia at the beginning of the 20th century. The symbol of the Moon appears in literary and poetic works as a sign of deeply hidden contents. The a rticle discusses, among others, the problem of archetypes of symbols, their pictoriality, multipl icity of interpretations, and metaphoricity. The description was subject to stylistic language measures helpful in illustrating particular symbols of the moon in poetic works of Jesienin. There were distinguished, among others, symbols: metaphorical, metonymic, comparisons, synecdoche, etc. Attention has been paid to moon comparison objects, such as animals (lamb, canine puppy), objects, thi ngs (oil container, piece of cheese), people (rider, boatman), landscape elements (hill), etc. The analysis showed the specificity and uniqueness of symbolism of the moon in the poetry of Jesienin, resulting, inter alia, from the great fascination of the poet with nature.