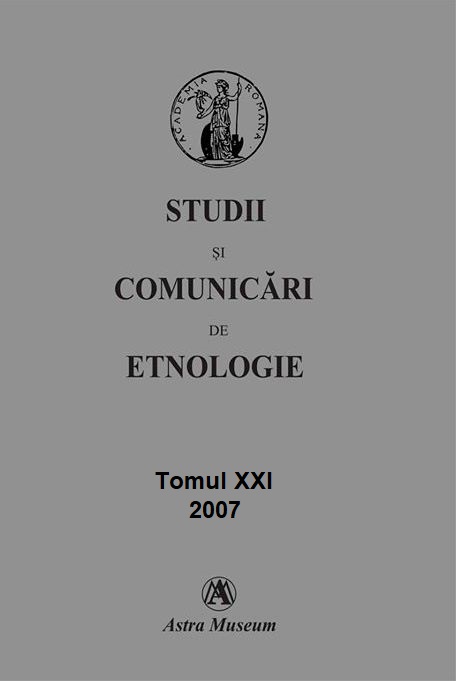 Summary/Abstract: The topic of the present paper is part of a largest research work that deals with the techniques of making ethnographic textiles. The study was aimed to realize a repertoire, classification, graphics and photos illustration and other information-texts.The paper also presents a brief situation, conditions and importance of folk textiles in the traditional village life. Among all the domains of folk culture the making of textiles was widespread due to its importance for the peasant’s homestead. The zonal specificity is mostly preserved in decorative motives, in the composition of ornamentation and chromatics. Nevertheless the technique of making textiles maybe less visible was permanently present and greatly contributed to the art of decorating the textiles.In time and space the using of one or another technical procedures of decoration, in folk terminology called as “alesaturi” were different. There are no reference descriptions so the techniques of making textiles are defined and recognized, based only on terminology. The folk terminology that can be found in defining the decorative techniques used for textiles reflects at the same time a multicultural component. These names preserved in the special vocabulary or used in the zonal language are sometimes borrowed from other geographical areas or from the vocabulary of other ethnic groups. For example the so called weaving “inscortat” or chilim is a word of Turkish origin. The decorative technique called “cu drotul” is making reference to the knitting needles, wires or rods. Based on the textiles’ structure the study is trying to classify and systemize the various names given to the same technique. The different names are borrowed but universally accepted, picturesque or very explicit, local or regional. Some of them reflect the Romanians’ co-habitation with other ethnic groups and the free circulation of motives. These motives were preferentially used at a certain time and in a certain technique.