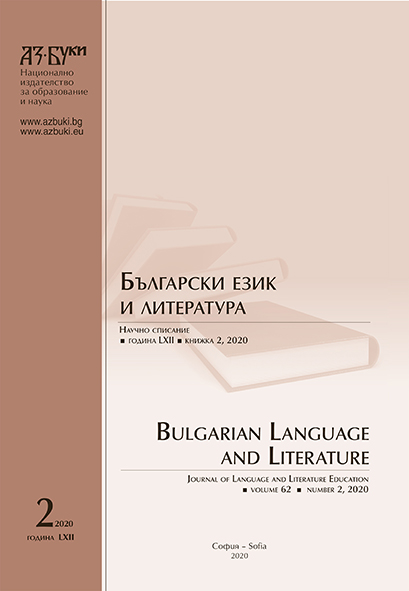 Summary/Abstract: The paper presents the extant copies of the four books, prepared by Petar Bogdan for publishing: 1. The book in so-called Illyrian under the titel [in translation: Meditationes S. Bonaventurae, id est theophilic meditations on the mystery of the redemption of mankind, by St. Bonaventura, translated to Illyrian by Petăr Bogdan Bakšič, custos of Bulgaria and belonging to the Order of Friars Minor Observants of St. Francis]. Rome, 1638. 2. The appendix to the book is a poem on the two deaths of man, meant to be published separately. 3. The book in so-called Illyrian under the titel [in translation: “The celestial treasure of Virgin Mary, the Mother of God, translated by Petăr Bogdan Bakšič, a monk belonging to the Franciscan Order of Friars Minor, archbishop of Sardica or Soﬁa]. The book was published in 1643 in Rome. The fourth book prepared by the author for publication is known only in manuscript. It is a treatise written in Latin and entitled De antiquitate Paterni soli, et de rebus Bulgaricis [On the antiquity of the fatherland and on the deeds of the Bulgarians]. The manuscript is kept in Estense Library in Modena (Italy).