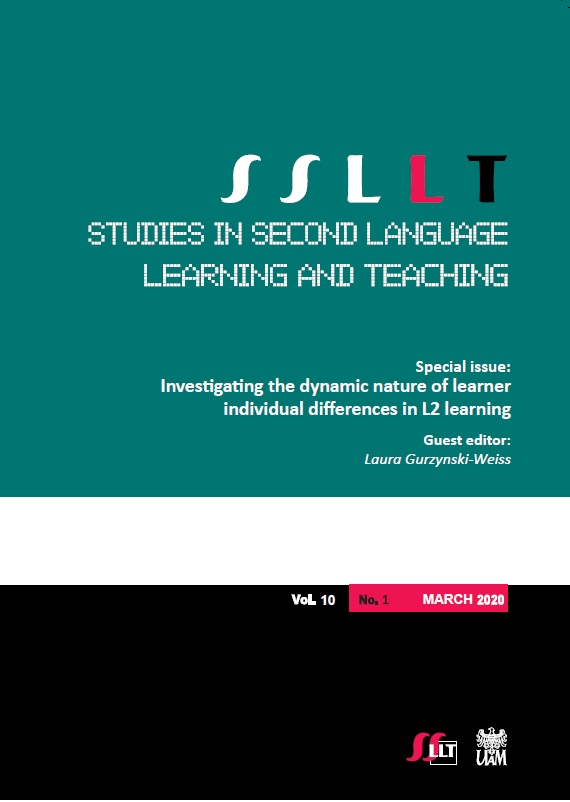 Summary/Abstract: Previous research has considered fluctuations in students’ foreign language enjoyment (FLE) and foreign language classroom anxiety (FLCA) over months or years (Dewaele & MacIntyre, 2014, 2016). However, there has been no investigation of the effect of the teacher on these emotions at a single point in time. In this study, we investigate the question whether FL learners experience similar levels of FLE and FLCA in the same language if they have two different teachers. Participants were 40 London-based secondary school students studying modern languages with one Main Teacher and one Second Teacher. Statistical analysis revealed that while FLCA was constant with both teachers, FLE was significantly higher with the Main Teacher. Predictors of FLE such as attitudes towards the teacher, the teacher’s frequency of use of the target language in class and unpredictability were also significantly more positive for the Main Teacher. Item-level analysis revealed that the teacher creating a positive emotional atmosphere in class contributed to the higher FLE score. Items that reflected more stable personal and group characteristics varied less between the two teachers. The findings suggest that FLE is more teacher-dependent than FLCA, which is more stable across teachers.