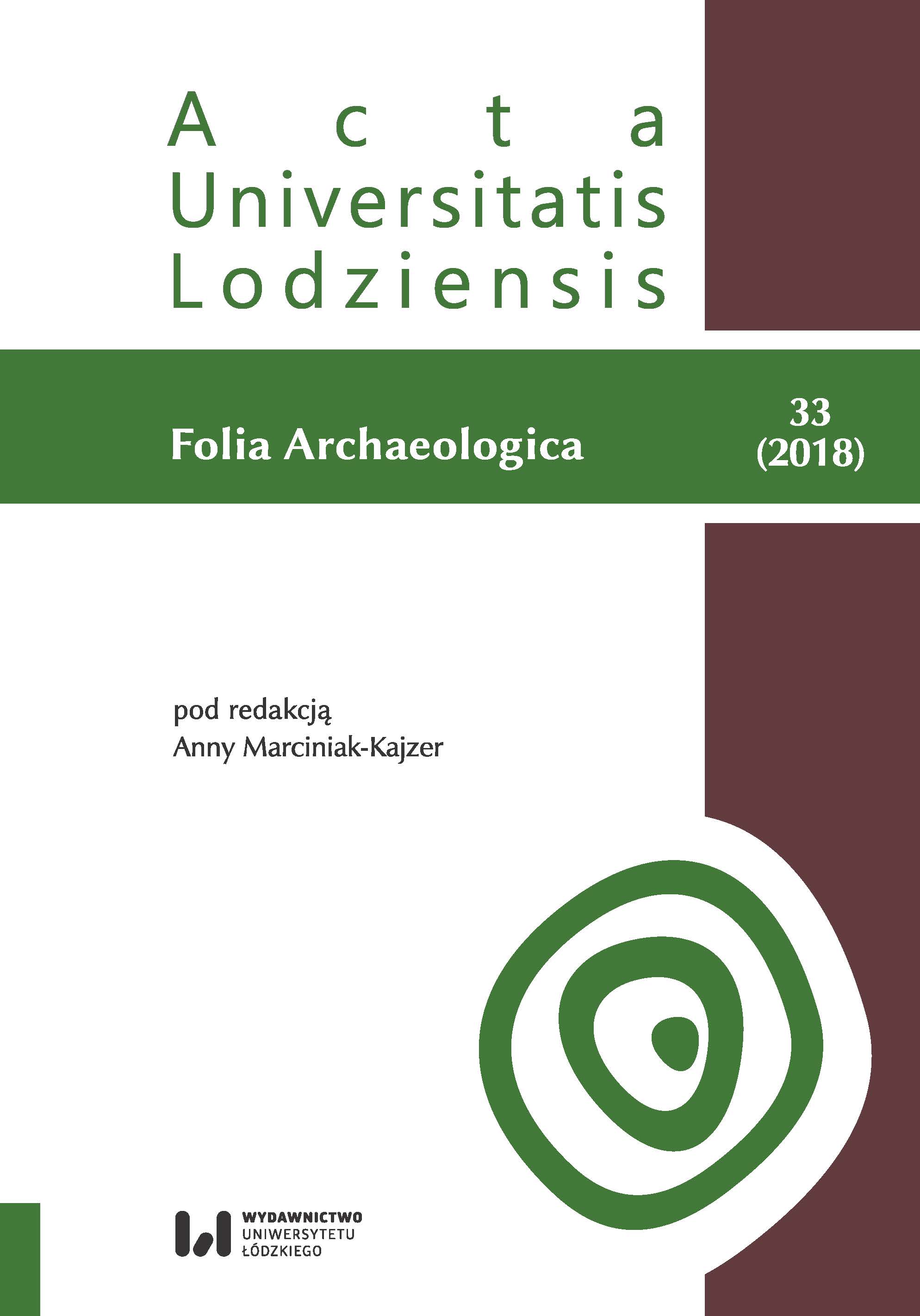 Summary/Abstract: The aim of the presented research is to verify the correctness of the dating of the motte structures which, as a result of earlier excavations, were considered the earliest defensive knight’s seats in Poland – that is, they were dated to the 13th century. So far, the absolute dates were obtained for scarcely a few/a few dozen(?) such structures. However, they were not considered the oldest features. As a result of the literature research, several sites representing typical motte- and-bailey castles which in the previous excavations were dated to the 13th century, were selected. Three of the sites in question were located in the Masovia region: Kiełbów Stary, Stara Błotnica commune; Orszymowo, Mała Wieś commune and Wilkanowo (formerly Nakwasin), also located in the Mała Wieś commune. The next two sites are located in the Łódzkie region – Witów, Burzenin commune and Małków, Warta commune. A further study was conducted in Sędziszów (now in the territory of the village of Piła) in the Świętokrzyskie region, in Piekary – Greater Poland, Dobra commune and in Szczekociny, Silesia. A new geodetic surveying showed some changes in the state of preservation of the study features. Unfortunately, most of them reveal some traces of deepening destruction. The excavations undertaken at six sites yielded samples for the dating studies. The only sites whose excavations provided no materials that could be subjected to laboratory dating tests were in Witów and Sędziszów. Attempts were made to collect samples for dendrochronological, radiocarbon (14C) and thermoluminescence tests. No wood for dendrological research was found at any of the study sites. The samples obtained from six sites were used to measure the 14C radioactive isotope. A series of dating was performed for the study sites. As a result, 4 dates were obtained for Kiełbów Stary and Małkowo, 6 – for Piekary and 5 – for Szczekociny. The highest number – 9 dates – were obtained for Orszymowo, whereas for Wilkanowo only 2 dates were produced. The results showed that only in the case of two sites the obtained dates confirm their functioning in the 13th century – they are Małkowo and Orszymowo. Another two sites – Szczekociny and Kiełbów Stary – can be dated back to the 14th century, while the dates obtained for the materials from Piekary justify placing the functioning of the feature in the 15th century. In the case of Wilkanowo, the standard calibration calculations produced dates which suggest that the sites represent the modern times. One of the samples, however, may be dated to the 15th century (probability: 91%). Nonetheless, these dates are rather controversial, because Wilkanowo and Orszymowo are the sites situated several kilometres away from each other whilst the excavated pottery materials seem to be very similar. A solution to this problem requires further scrutiny. The attempt to verify the dates produced for the earliest defensive knight’s seats succeeded in part. Only two of the researched sites can in fact be considered to be the 13th century manors. Ipso facto we confirmed that such early dates may be correct, and that already in the thirteenth century, the nobles founded defensive motte-and-bailey castles. Our study clearly shows that the chronology of the earliest Polish knight’s manors, determined on the basis of the previous excavations, should be verified. The results of our work prove that the traditional dating methods used for archaeological artefacts are not precise enough to be used in modern science. We need to put more emphasis on the matter of collecting samples for dating and providing adequate financial resources necessary to perform laboratory tests.