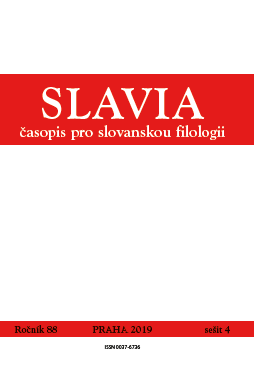 Thalia Fragments as a Case Study

Summary/Abstract: This study examines a 17th century translation of Athanasius’ main theological work Orations against the Arians made by an eminent linguist, Epifanij Slavinetskij. It considers the context in which the translation was produced, the reasons why Athanasius was chosen for that project, and the sources Epifanij used during his work. Based on the textual analysis of the Thalia fragments (found in the first Oration chs. 5–6), the author argues that Epifanij used the existing translation of Orations made by Constantine of Preslav in 907 and available to him in Moscow. The study explores the way Epifanij interacted with the Old Bulgarian translation as well as with the Latin version, and considers the methods he used to translate from the Greek text available to him in the 1627 Paris edition.