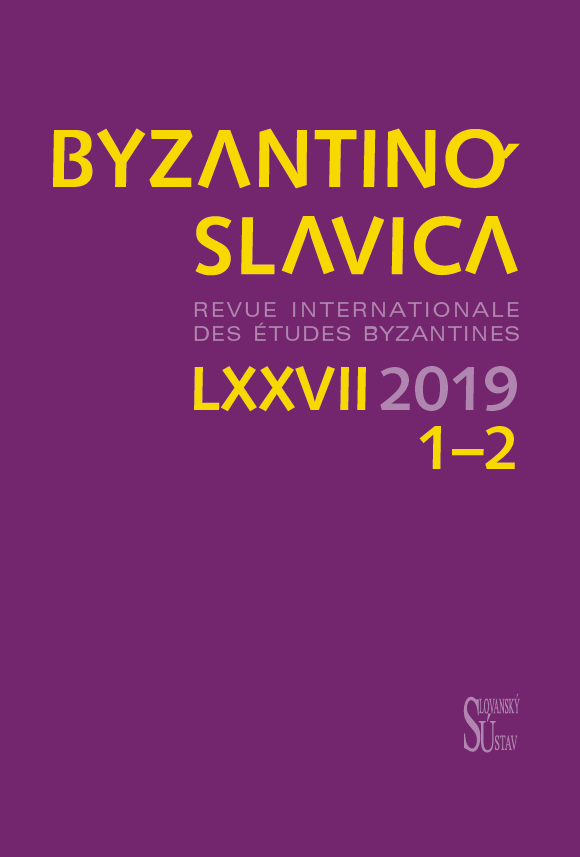 Summary/Abstract: This study represents an inventory of writings ascribed to Athanasius of Alexandria in the Slavonic tradition, but generally not recognized as his genuine works in patristic scholarship. It comes as a second part of overview of Athanasius’ texts in Slavonic, following our earlier study on his genuine writings. Pseudo-Athanasian texts cover a wide variety of subjects, including dogmatic, didactic, juridical (canon law), ascetic, hagiographic, homiletic, exegetical and polemical issues. By far the most substantial and bulky constituent of the Slavonic medieval pseudo-Athanasiana are the scattered bits of numerous micro-texts in the manuscripts excerpted from such Greek sources as the Quaestiones ad Antiochum ducem, Commentarius brevis in Psalmos, Pandectae of Nicon Monachus, and ascetic fl orilegia. Some of the larger texts ascribed to Athanasius appear among the polemical works and especially within the corpus of homilies on the church feasts. The article begins with a brief introduction that explains the rationale and organization of this study and continues with an inventory of writings in the form of two tables.