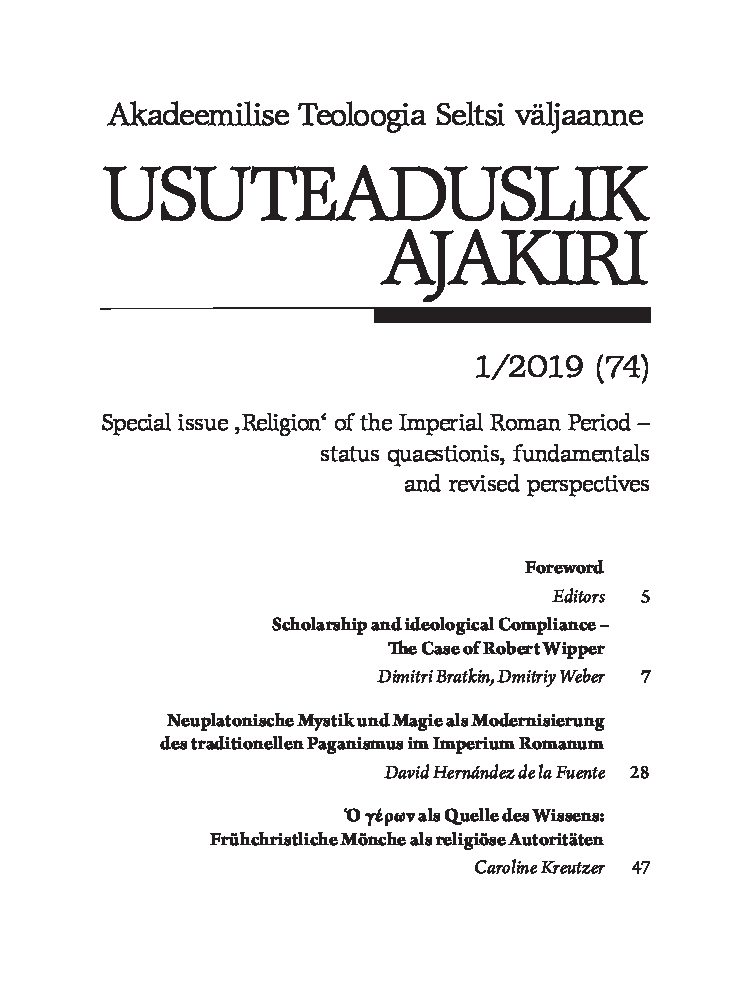 Summary/Abstract: The first article in a series of four that aims at a new evaluation of Robert Wipper (1859–1954) as a scholar of Early, Medieval and Modern Christianity. In this piece we describe his works on Christianity up to 1940. We start with his 1894 dissertation, paying attention to its various backgrounds and to its novel features in particular. Wipper’s originaal lectures and papers on Christianity that were published between 1900s and 1918 are relatively understudied and overlooked in the context of his professional development. We discuss them in their contemporary setting of early 20th century scholarship on the Bible and Christianity. The article finishes with discussion of his publications of early 1920s that saw light prior to Wipper’s emigration to Latvia.