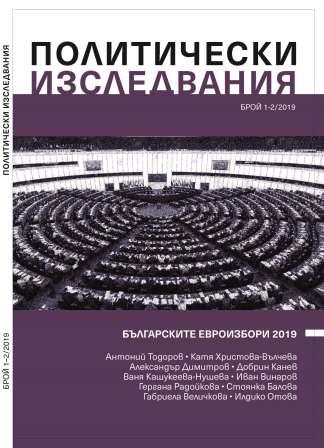 Summary/Abstract: This article is the result of a media monitoring conducted in the run-up to the 2019 European elections. Led by the maxim that “dialogue is at the root of democratic governance,” we decided to trace whether Bulgarian politicians used elements of hate speech during the campaign for European elections in 2019 and how was this reflected in the media.The monitoring of keywords and messages reflecting the crisis with the political speech and use of abusive vocabulary in Bulgaria was carried out during the hot phase of the election campaign of the European elections from 26th April to 25th May 2019. For this purpose, we followed the morning blocks of the three national televisions, the main political programs, the evening issues, as well as the deliberately organized debates within the BNT, BTV and Nova TV. The subject of the study was the information published in 22 electronic editions of major national daily newspapers and news agencies.The social networks “Facebook” and “Twitter” were also subject to moni- toring as they are one of the main conductors and distributors of hate speech to different groups of people and are increasingly being used as an information channel by politicians who want their messages to reach as quickly as possible a wide range of people.