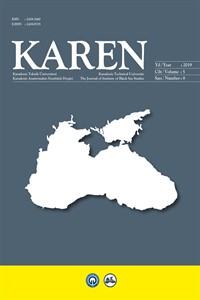 Summary/Abstract: During the First World War, most of the Greek Cypriots did not stand by the Ottoman Empire, but the Pontus Greek gangs, which cooperated with the Tsarist Russian forces that invaded the region, were armed for independence. The Russians entered Trabzon on April 18, 1916 and were greeted with joy by the Greeks and Armenians, who had metropolitan and pastors at the beginning. With this occupation, the Pontusian Greek gangs and the atrocities of the Armenians in and around Trabzon started. The people of Gumushane were massacred, persecuted, migrated to the cities in the West of the region and became economically weak and poor.Following the Armistice of Mudros, Greek Pontus works were revived. The officers sent to the Eastern Black Sea region by the entente states and the Greeks of the region. Central and Eastern Black Sea coasts are filled with armed Greek immigrants from Russia. Pontus gangs, who prison with Amnesty and descended from the mountains, went with guns with the permission of British officers and increased their raids, robberies, cruelty and murders against the Muslim people.So that in the near future to present the proclamation of the Republic, Greece and Greeks, establishing Armenian genocide allegations with close removing lead the Kurdish Question in the period connections, to recognize the genocide and Turkey, where they demanded the payment of compensation, this genocide towards the adoption of the EU in case of non-recognition, the Europe Parliament, England Organized exhibitions in Germany, Moscow and made propaganda in European countries. The number of Greek populations in the Eastern Black Sea region has been exaggerated. Besides constantly accusing Turkey Pontists studies in Europe and America; The important point worthy of attention and especially children and young people in the eastern Black Sea region of Turkey to the extent that discredit themselves in Turkey, the fact that they lie on the Pontic Greeks are Greeks activities to make believe.