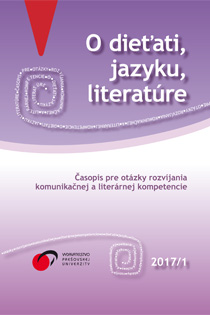 Summary/Abstract: The paper starts with an overview of German literature issued in Czech. „Čik“ is a novel (road story) about two outsiders: 14-year-old Maik and Andrej Čichačov (nicknamed Čik), a descendant of a German family from the region of Wolyň. The plot depicts their travels around former Eastern Germany in a stolen Soviet Lada car. The book belongs to the category of literature for the young adult. „Čik“ has become a world bestseller. It has been translated into 24 languages. A large number of critical reviews and pieces of criticism on readers‘ websites and blogs have appeared in Germany, most often written from their subjective and biased point of view. The number of Czech reviews in Czech media has been minimal, with the exception of a review published on iLiteratura.cz website. „Čik“ belongs to topics discussed in university literature seminars and at conferences. „Sand“ is a novel for teenagers and adults. It is a book of sofisticated post-modern prose with a criminal story-line. The plot is set in Northern Africa and has deeper connotations of the current events. Both novels place extremely high demands on the translator. Michaela Škultéty has managed to convey the spirit of the dialogues. In „Čik“, there is a great deal of informal spoken language. In „Sand“„, the translator skillfully expressed the exotic setting and the multicultural aspects of all characters.