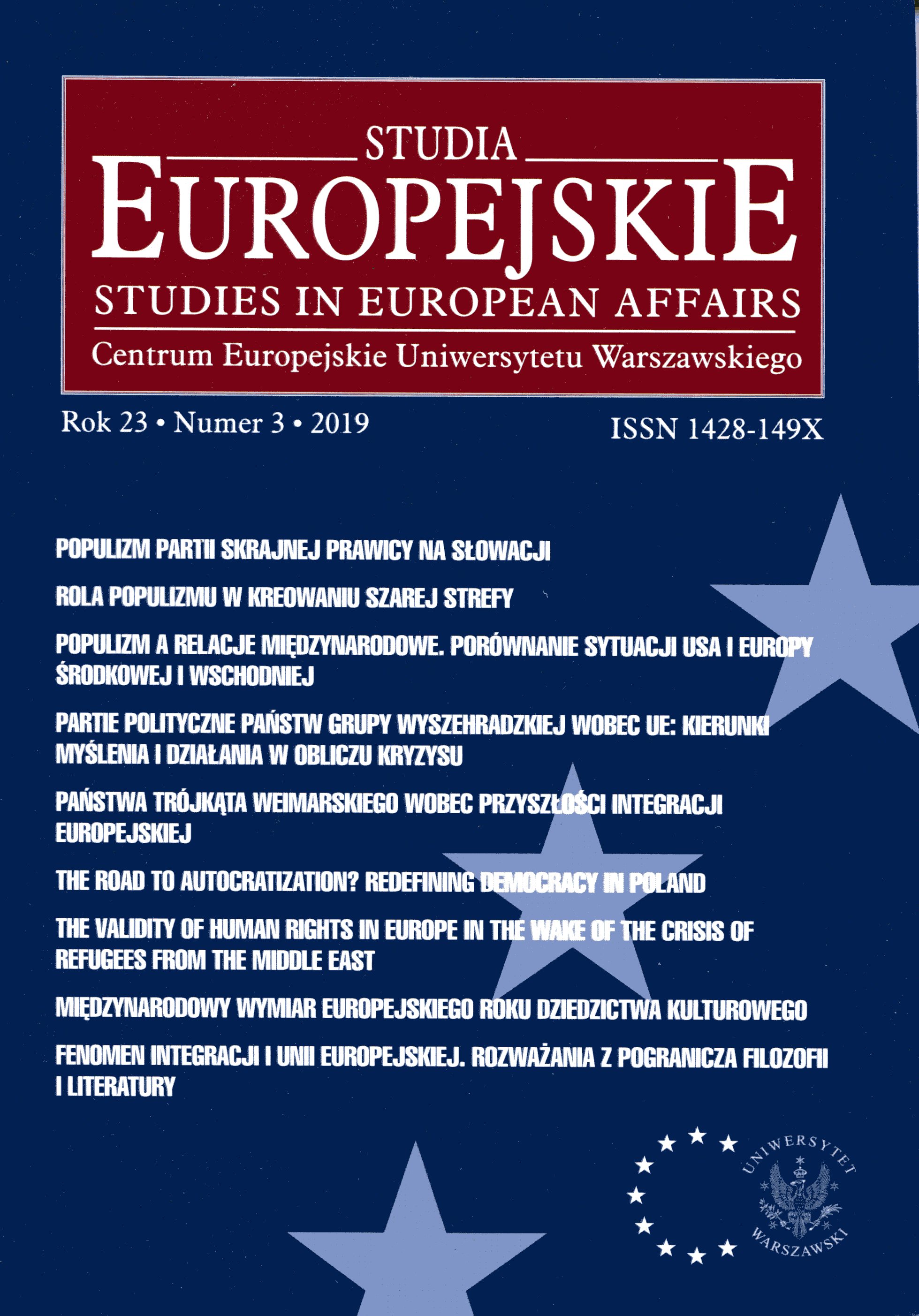 Summary/Abstract: The present paper explores how political thinking in Poland changed after the election campaigns (general and presidential) of 2015. Its main goal is to determine what the current developments mean for the future of democracy in Poland. Will Poland face a new wave of autocratization –similar to Pilsudski’s one?The paper is based on empirical research conducted during the last presidential and general elections in Poland. An e-survey covering 10,000 respondents was conducted, out of whom over 4,000 left their data for further analysis. The main aim of the study was to find a connection between patterns of political thinking and electoral behavior, demonstrating a link between one’s set of political values and one’s voting decisions. The ruling party in Poland openly refers to esthetics and rhetoric of an authoritarian regime introduced by Pilsudski. Its election slogan: “A goodchange” has been treated as reference to the interwar concept of “sanacja”driven from the Latin term “sanatio” which means to cleanse or to heal. Themain goal of the Sanacja political group was to amend the then parliamentarydemocracy, which they believed was corrupt and ineffi cient.The authors of the paper try to present recent patterns and changes inthe electorate. In its summary, the paper includes some predictions forthe future of the Polish democracy, based on empirical data and observedactions of the ruling party.