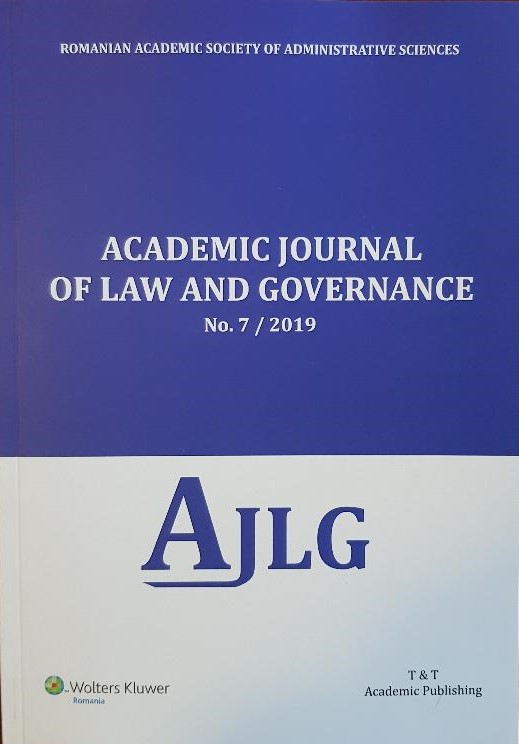 Summary/Abstract: From factual realities, from theory, but also from judicial practice, even though, as I hadpreviously showed, the tradition of Romanian law identified administrative with civil liability, inreality, we rallied to the opinion, according to which, administrative-patrimonial liability isnot to be confused with civil-tort liability, being a stand-alone liability, belonging toadministrative law.We reached such a conclusion not only as a result of the study of the sciences reported tothe Romanian authors, but especially as a result of the comparison between Romanian andforeign literature, an important landmark in this research approach being the French legalliterature.In this order of ideas, the novelty element of this research work is mainly given by theanalysis of liability for the public administration's actions.As a preliminary ruling, we note that in our law there is no express regulation of theadministration's liability for its illicit acts. Although, as I have already shown, guilt is a necessary element of the administration'sliability for its acts, in parallel to this subjective liability we have also identified an objectiveadministrative responsibility for the actions of the administration.The many specific features posed by public administration's liability, as well as the factthat all these traits are based on one idea, that of protecting the public interest, led us toconclude, once more, that the administration's liability for its acts sand its actions, it is a distinctlegal institution, fully autonomous to civil liability. If private individuals' liability for the mistakes they commit is a constant of legal thinkingsince very distant times, not the same can be said of the responsibility of the various entitiesvested with public power. The modern age did not initially admit the existence of such a liability, based on the ideathat the sovereignty of the state is imposed on all and no compensation can be required for it.Right, perhaps, in its time, when the role of the state in the lives of its citizens was reduced,this principle began soon enough to prove its boundaries, as the power of state penetrated moreand more areas, often creating important damage for individuals. Today as a result of theprogressive transformation, the mentioned principle has practically been overthrown and thepatrimonial responsibility of the state and public authorities became quasi-absolute.