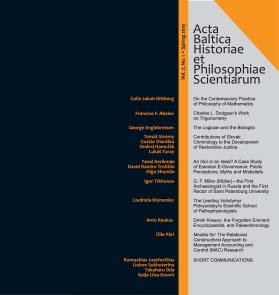 Summary/Abstract: Criminology is a relatively young field in Slovakia. Insight into its short history suggests that it was primarily developed by the efforts of individual personalities of several generations. Criminology in its modern sense can be dated to the 1960s. In Czechoslovakia, after 1948, the discipline of criminology was considered unnecessary. Crime was seen as a relic of the capitalist class society and it was expected to disappear after socialism was established. However, it turned out that ideological rhetoric does not work and that crime is a phenomenon present in every society. After 1989, when the Velvet Revolution opened the door to the world, hopes for its institutional development increased. However, these desires were not completely fulfilled. Slovakia still does not have a specialized institute of criminology, but the discipline has taken hold in some Slovak universities. A few books and monographs were published and several research projects were implemented by Slovak criminologists. Professor Vojtech Hatala, an excellent criminal lawyer, substantial public and academic figure, has played a special role in the history of Slovak criminology. As a dissident, he wrote for himself only and it is a great pleasure that we have found his contribution and published it in 2011. Professor Hatala, who was recognized at the time when retributive justice was predominant, analyses the phenomena that are characteristic of modern-day restorative justice. He identifies the causal link between juvenile crime, including recurrence, and the impact of the offender’s family environment, in addition to the impact of institutions, such as prisons and reformatories, whose main purpose is partial or total isolation from the normal social environment. Here arises the question of whether we can carry out a successful social reintegration under these circumstances.