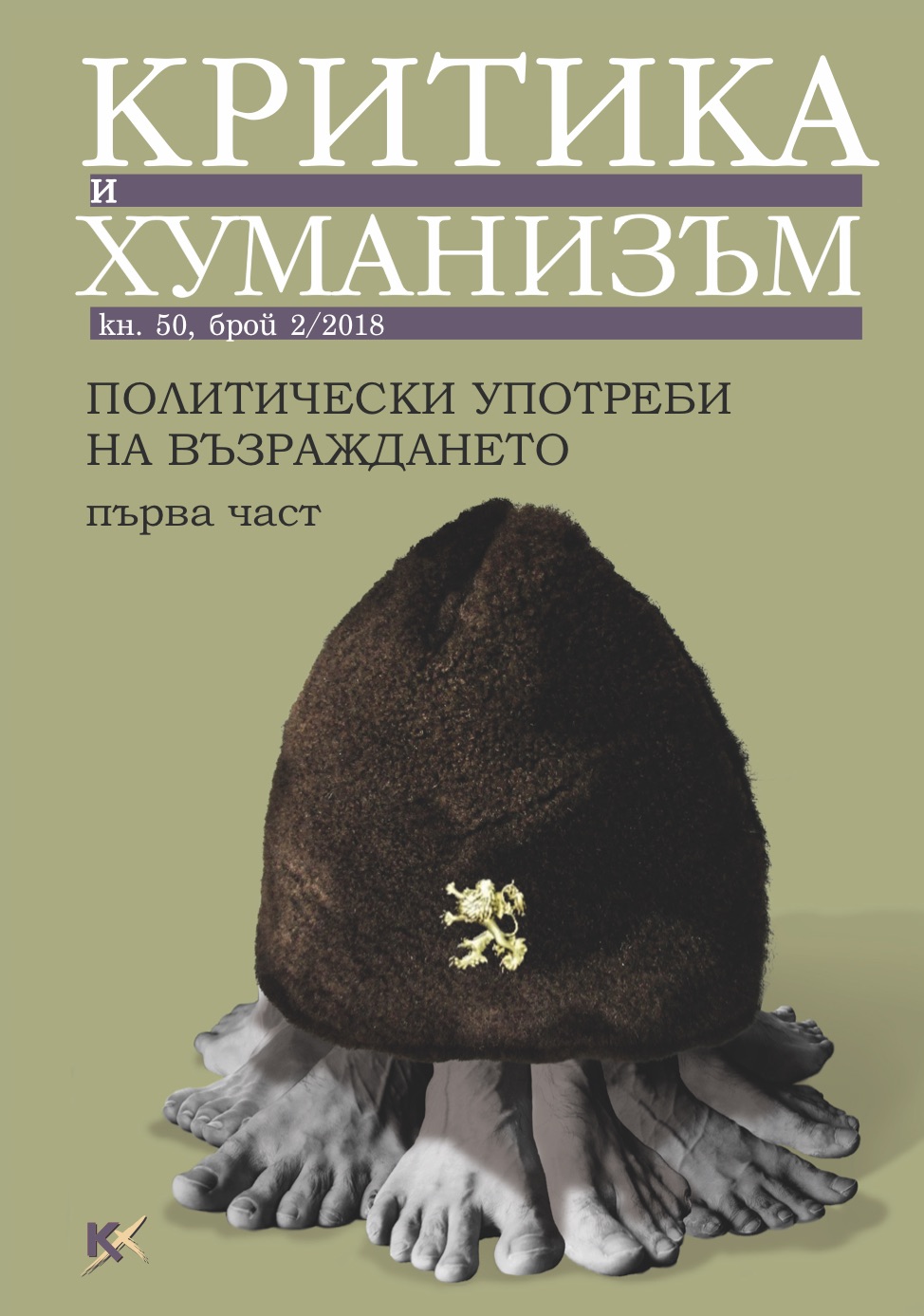 Summary/Abstract: The article studies the specifics of the visions of degeneration and regeneration in Bulgaria within the eugenics discourse and other intellectual and political discourses with which it interceded. Hence, certain concepts of modernity, historical time and identity are reconstructed as a result of biosocial engineering in Bulgaria at the end of the 19th century and especially during the interwar period. The analysis is structured in several sections, which address the following topics: biological images of social time as elaborated at the end of the 19th and the beginning of the 20th century; the racial anthropological perspective of the biologist Metodiy Popov towards national historical time; the psychologizations of the „national soul“ envisaged as undergoing social progress and/or decay, as well as the scientific-political versions of a „New Revival“ of the Bulgarian collective organism. The theme of biopolitical regeneration is interpreted as enriching the conceptual background of the „revivalist imagination“ in Bulgaria.