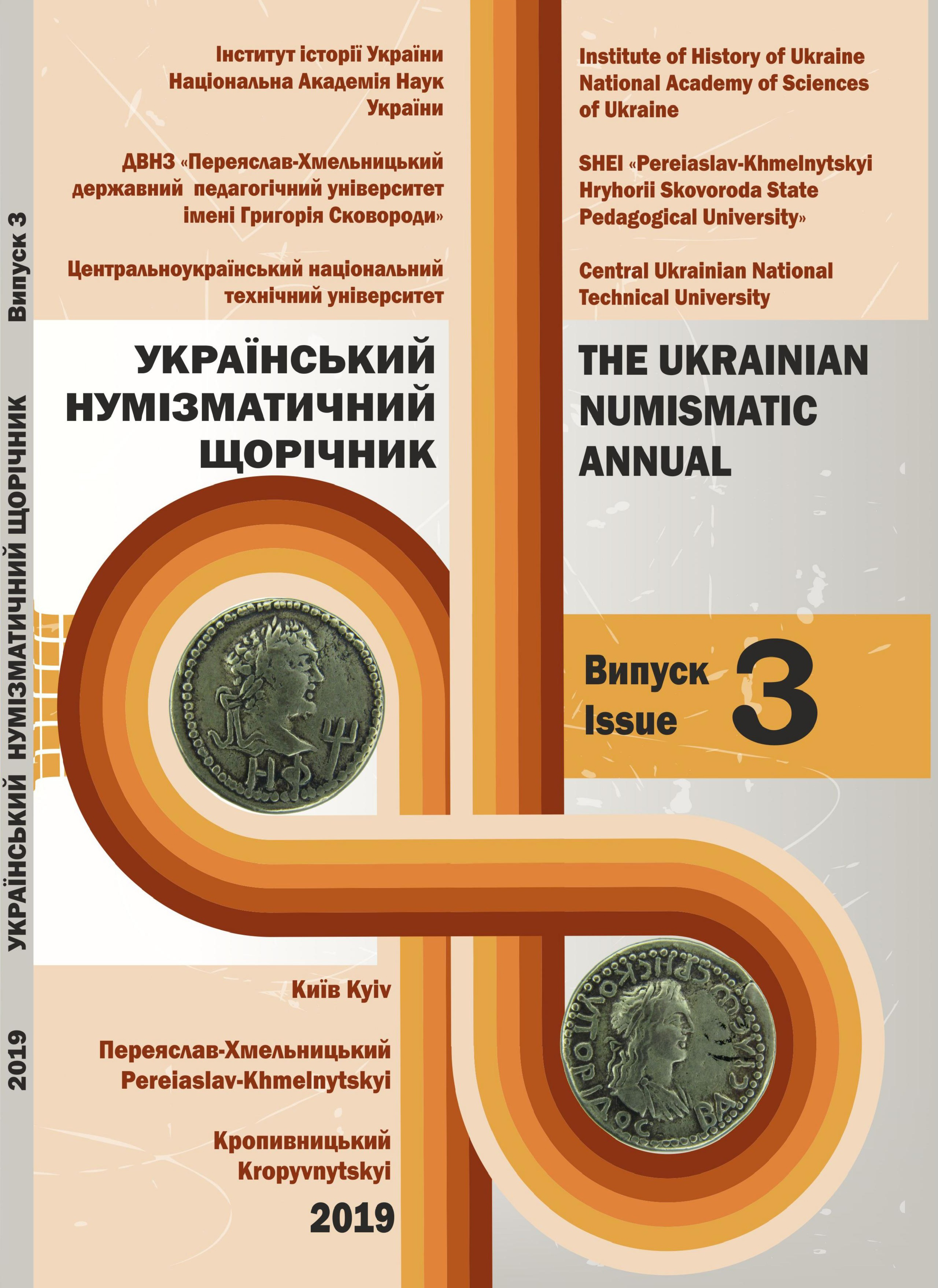 Summary/Abstract: The article deals with a deposit discovered in late 2012 in the foothills of the Crimean Mountains by a private person. The deposit contains 44 Ottoman silver coins (akches). 1 akche was minted in the last year of Murad II’s first reign (1444), while the others – during Mehmed II’s second reign (1451– 1481). These coins are dated AH 855 (5 pcs.) and 865 (38 pcs.) and were issued during 1451–1460 and 1460–1470 respectively. The majority of coins from the deposit were minted at Rumelian mints – Edirne, Novar and Serez (84.09%), while the share of Anatolian mints – Amasya, Ayasluk and Bursa, is substantially lower (13.64%), since most of the Ottoman silver mines of that time were located in Rumelia. A proportion of mints among the AH 865 akches, which are the youngest coins in the composition of the deposit under consideration, and its comparison with the similar hoards from the Romanian lands (Schinetea, Piua Petrii) allowed to assume that its lost or concealment was in the second half of the 1460s – early 1470s. During this period an influx of Ottoman coins to Crimea, as well as an activity of Ottoman merchants in this region has probably increased as a result of the Ottoman conquest of the largest commercial centers in Southern Black Sea region (Amastris, Sinop and Trebizond) and weakening of Genoese trade. One can not state with confidence that the deposit under consideration might be associated with the Ottoman campaign on the Genoese Gazaria and Principality of Theodoro in 1475, since in its composition the AH 875 akches, issued in 1470–1480, are absent.