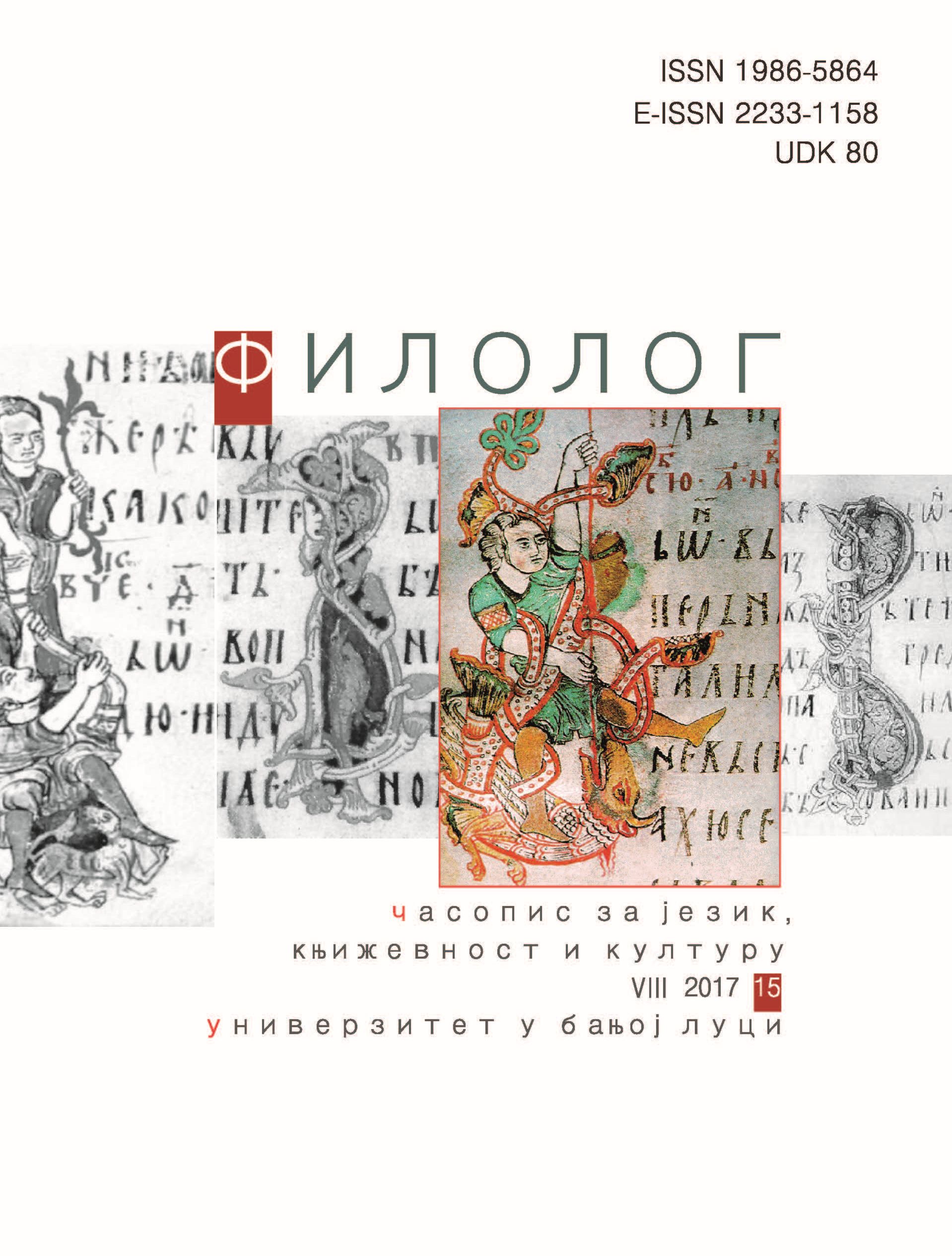 Summary/Abstract: This paper explores narrative procedures in Peter Handke’s first novel, The Hornet, published in 1966. Genet’s model of two planes – discourse and story – serves as a theoretical basis for the analysis. During the 1960s, Handke uses experimental narrative procedures in his texts, critically pointing to linguistic stereotypes and models of narration, by which the adoption of subjective illusion as a genuine reality is imposed on the recipient. The narrative strategy applied in this novel shows that it is the nature of a narrative act rather than the story that is in Handke’s focus. Thus, all the procedures are aimed at breaking the illusion, and not constituting it. As a result, these procedures are defined as anti-narrative in the paper. At the level of discourse, the author deploys concrete examples to present the procedures of deconstructing by change of voice and by playing with narrative levels, vague focalisation, and the inability of reconstructing time. In addition, the ways in which the narrator is revealed as unreliable are identified. Similarly, at the communicative level, it is explained how the narrator goes beyond the function of a message sender. Finally, the analysis comprises metanarrative comments and their function of preventing one from indulging into the diegetic world.