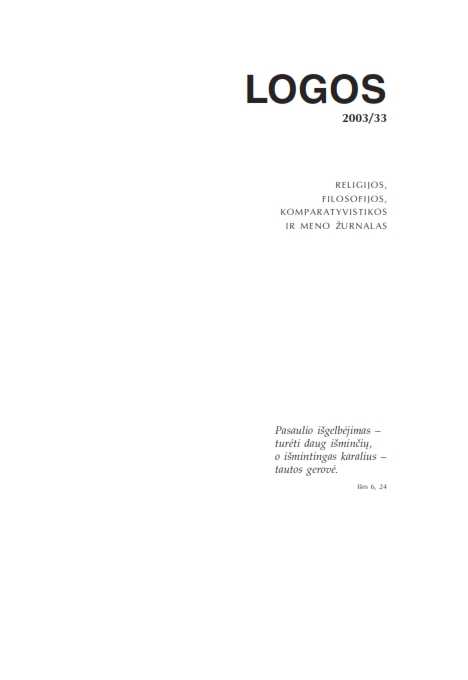 Summary/Abstract: It is undoubted that the two recent centuries are marked by nihilism. In a popular and even literary sense; nihilism signifies a reference to experience, the main characteristic of which could be emphasized as the highest estimation of individual self-recognition in a chaotic, unintelligible world full of anxiety. The very first philosophical meaning of this phenomenon is usually linked with Nietzsche’s name. This thinker sees nihilism already as “historical motion in the direction of Nothingness”. Nietzsche’s thought, which opens up the philosophical perspective of nihilism, allows Heidegger to uncover the beginning of nihilistic thinking and to link the history of nihilism with the history of Nothingness. What is the place in this history of Kierkegaard? Was Kierkegaard a Nihilist? Looking for answers to such questions, we could consider the notion of Faith in Kierkegaard’s philosophy. Nihilistic points of Kierkegaard’s philosophy arise first of all in the nature of the questions themselves. In consideration of certain nihilistic points in Kierkegaard’s philosophy, let us search for the connection of this thought with the apophatic tradition in the history of philosophy (Pseudo Dionysius and Master Eckhart) and with the contemporary tradition of apophatic thought as well. Kierkegaard’s description of the motion of faith is not an explication of experience, but a link to immediate experiential relations with reality. By saying that Abraham sacrifices Isaac in the name of nothing, which means in the name of God, he draws a perspective of nihilistic thinking showing the limits of the reflection. Still differently from the mystical tradition of negative theology, he doesn’t attempt even to describe the dimension of faith as the dimension of experience by using the figures of an annihilative character. Kierkegaard’s nihilism, according to the direction of the annihilative step, structurally coincides with the nihilism that is operating in a negative theology discourse. Although in a Kierkegaardian perspective the apophatic theology appears as approaches of the same limit, the limit of discoursiveness and reflection, the real intention of negative theology is to transcend this limit towards the dimension of experience. And that is exactly the reason for Johannes de Silentio’s “dizziness “ and his “blackout”.