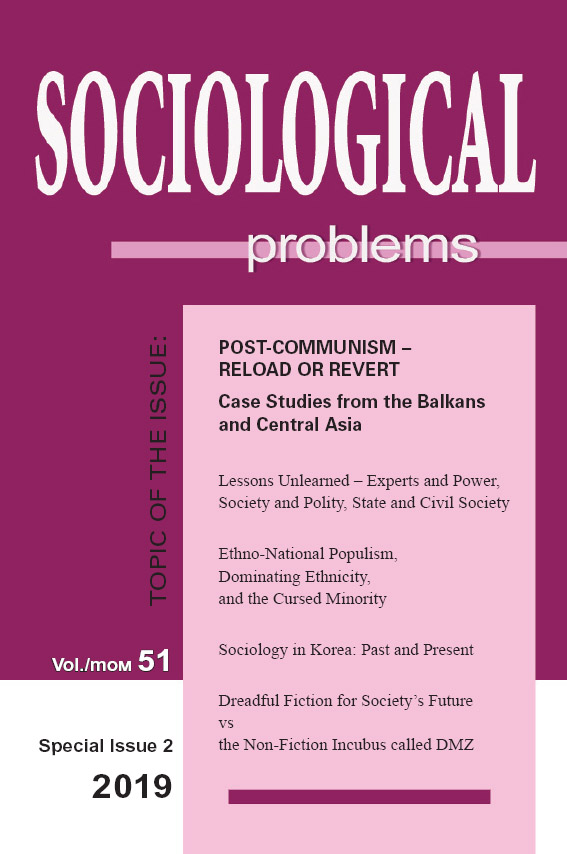 Summary/Abstract: The new populist tendencies that characterize much of the modern globalized world have not bypassed the new democracies in the post-Communist countries. The pattern of populism tends to adjust to different societal contexts and while much research, both theoretical and empirical, on this phenomenon has been conducted in the countries of the European West, literature is scarce concerning the rise of populism in the European periphery. Additionally, populism has existed in the United States and South America, but its recent manifestation in the former Socialist states, starting from the 1990s, remains greatly under-researched. In fact, populist tendencies in national politics are especially interesting to study in post-transition countries that experienced destructive conflicts in the period following the collapse of Communism. Bosnia and Herzegovina is precisely such a country. Hence, the purpose of this article is to analyse and clarify the specificities of modern populism in the Bosnian political sphere, which is marked by ethnic divisions and ethno-nationalist tendencies rooted in the 1995 Dayton Peace Accords which ended the 1992–1995 war. More precisely, this study will explain the ways in which populism generates power for the ethno-nationalist elites and reinforces their political and economic supremacy. Applying discourse that emphasizes the permanent antagonisms between the three major ethnic groups, fear, belligerence and the “us” vs. “them” paradigm, right-wing populists rely on prosaic rhetoric which undermines the country’s re-integration and societal healing, as well as its Euro-Atlantic integration. Against the backdrop of classical works on populism, we examine the populist behavior and tendencies of major populists in terms of the following indicators: the role of language and culture; ethnicity (the “us” vs. “them” discourse) and promotion of cultural harmony through emotions and simple language (the focus here is on ethnic harmony), coupled with anti-establishment discourse. Moreover, this study will investigate how such parties construct “the people” based on ethnicity and religion, whether their organization tends to adapt to current political trends in a “chameleon-like” way in order to achieve success, be influential in politics and connect with other parties, and what is the observed level of populism. In order to do so, we have conducted twelve interviews with respondents from the general public of voting age and of mixed ethnic backgrounds (18 years and above) across Bosnia and Herzegovina, since the parties in question hold significant power across the land.