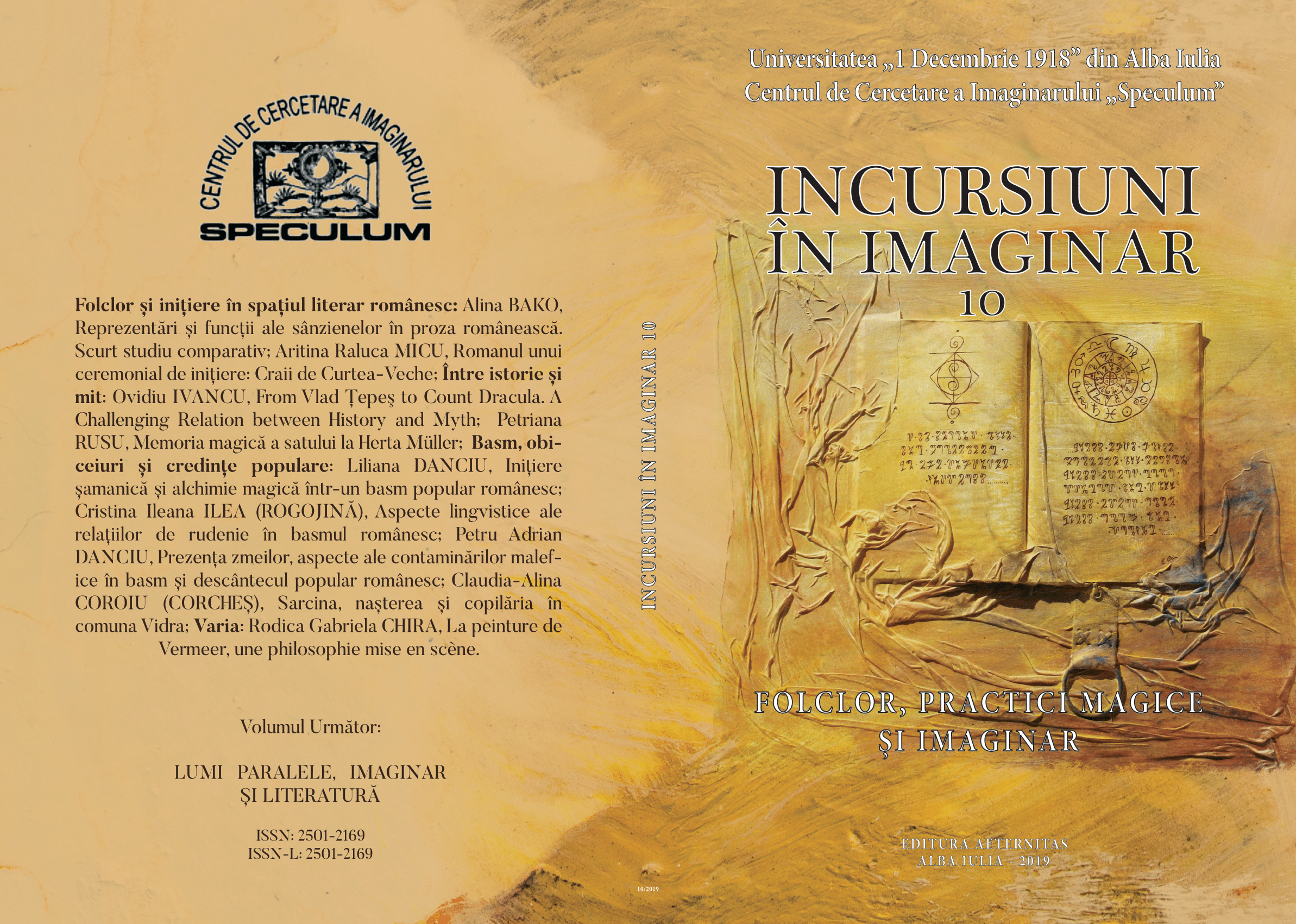 Summary/Abstract: The Carnival and the liturgical, as forms of valorisation announcing the failure, are fundamental notions used by Ioan Derșidan in interpreting Mateiu I. Caragiale’s work: “We understand by liturgical the relationship of matein characters with transcendence, their metaphysical/religious position, their conditioning between esse and non-esse, the corresponding literary motifs and their specialized forms of expression. The Carnival reflects the characters’ relationship with history and with ‘life which lives itself’ and their fall into temporality, indifference and disorder (Ioan Derșidan). A characteristic of Craii de Curtea- Veche (Gallants of the Old Court) is the complementarity of the two, also illustrated by the South-Eastern concept according to which God and the Non-Brother are a simultaneous, indestructible presence. The Carnival style, seen as a bond between two liturgical realities, is not “an illicit presence in the Gates of Transcendence, but part of the script and plays a role in the show” (Ioan Derșidan). The initiation supposes the presence of the liturgical and of the carnival as well, whereas the crossing of a labyrinth path towards the spiritual/ metaphysical centre means not only exaltation through dreaming, but an immersion in the immune/ filth, into that “life which lives itself”. The path to the centre includes in the analysed novel an ascending dynamics by liturgical exploration, by the pilgrimages proposed by two of the three guides, Pantazi and Pașadia, but also the survival in the inferno of the carnival, conducted in real art by another ceremonial master, Pirgu, though in a grotesque manner. Valorisation of existence in a double register, carnaval-liturgical, “certifies a special code of experience and imagining in which mysticism is also present (subl. ns. – M.A.), mystification and the search of a centre in its own being” (Ioan Derșidan).