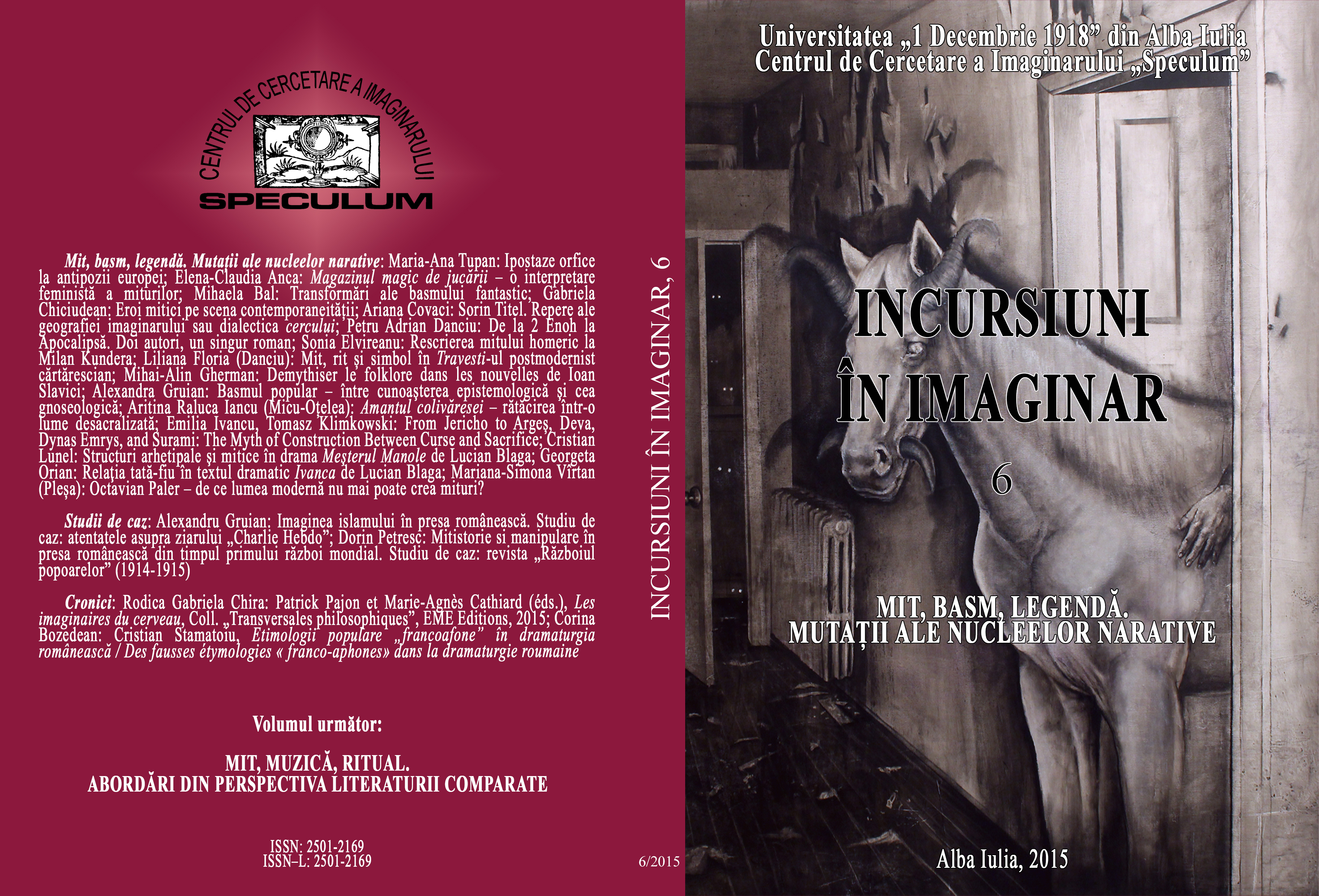 Summary/Abstract: Having a dialogue with yourself and with others, putting face to face what is known to you, identical, with what is foreign, different, is the equivalent of surpassing what Pierre Bourdieu called „own cultural field”. Is there a dialogue between us and the others, between the world of the outskirts and your own organizational culture and space? Radu Adulescu’s novel Amantul Colivăresei illustrates an attempt to have a dialogue between the two realities. Beyond being a space of doom, of moral disorder, the outskirts becomes a land of survival, of the conservation of inner freedom in a period when uniformization, submission represented existential norms. In contrast with other novels that follow the image of the outskirts (Groapa, Maidanul cu dragoste), Radu Aldulescu’s text brings to the forefront another kind of outskirts, that of the workers of „Policolor”, „23rd August”, of the blocks of flats, „matchboxes”, where mouldy, suffocatingly small rooms are crammed, a uniformed humanity which then flows almost without stopping toward the ever-open gates of the communist factories, „small models of hell”. DOI: 10.29302/InImag.2015.6.11