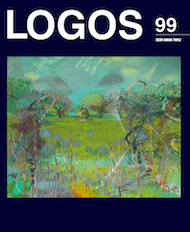 Summary/Abstract: The focus of the article is the exposition of peculiarities and role of the two main trends of traditional Chinese aesthetic thought, philosophical and art-historical. It starts with a discussion of the main typological features of the most influential trends of philosophical aesthetics (Daoism, Confucianism, Chan). Later the attention is transferred to another art-critical aesthetic tradition (represented by Zong Bing, Xie He, Du Fu, Su Shi, Mi Fu, Guo Xi, Zhang Yanyuan, Shitao, Wang Kai etc.) that was born in the 4th century. It opposed philosophical aesthetics and was associated with development of different art forms in the country. This trend derived not from the abstract world of philosophical ideas but from the theoretical generalization of specific artistic practices. Particular attention is devoted not only to interaction between the ideas of these two most influential trends, but also to exposure of their role in the history Chinese aesthetic thought.